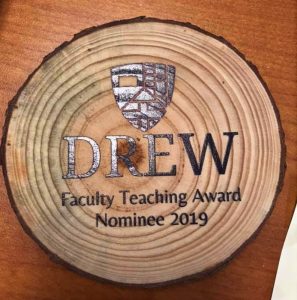 “Whatever it takes to finish things, finish. You will learn more from a glorious failure than you ever will from something you never finished.” ― Neil Gaiman

I sat down with Dr. Cantero-Exojo to find out about her life and how her journey to success was informed by being the first in her family to attend college.  Prof. Cantero-Exojo was taught early on to finish what she started and this has served her well.  She believes success takes discipline and perseverance but true success requires having compassion for others.  Though it may be difficult for some students to know what they want, students have to find a way to figure it out because knowing what you want helps you to focus and set goals.  Once you have set your goals set out to accomplish them.  Never give up and you will reap the rewards. 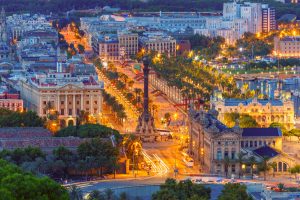 Where were your parents born and raised?

My mother was born in Barcelona and my father in Pedro Munoz in the Castilla-La Mancha region. 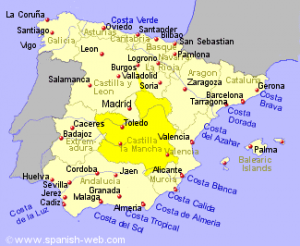 Do you have siblings?  What are they doing today?

I had three siblings but my youngest brother passed away.  My brother and sister are in Barcelona.

My parents grew up under the dictatorship of Francisco Franco.  They were on the losing side of the war and were very poor. My father worked a lot, so it was mostly my mother, who made an effort to push us to go to college.  She understood that education was the best tool for us to make a living. My siblings all went to college.  I was the first one born and felt a responsibility to go to college and open a path so my younger siblings could follow in my footsteps.

Were you a good student?

Yes, I was a very good and mature student.

Where did you go to high school?

Where did you to college and did you know what you wanted to major in?

In Barcelona the college you attended was based on what you studied in high school. I had chosen the Humanities “Letters” branch in high school and I continued in the humanities in college.  I pursued Philology and received a diploma in five years.  My university also offered doctoral programs and I then pursued and received a Ph.D. in Linguistics.

Did you know what you intended to do with your area of study?

I always knew, since I was a child, I wanted to teach language.  I never had any other interest.

What were your greatest challenges as an undergrad?

Any challenges I faced were financial.  I did not have money my first year of college so my parents asked my aunt for a loan. After she refused, they went to a bank to secure a loan for my first year.  During my second year I worked at the library and I was able to obtain some grants.

Were you conscious that you were a First Gen student?

I was aware that I was setting an example for my siblings for them to follow.

Did you find yourself socializing with other First-Generation college students?

No. I was not conscious of other students in that way.

Did you feel a sense of community?

No.  I went to my classes and I went back home.

Did you have a mentor(s) as an undergrad?

What was your first teaching job?

In 1991 I received a fellowship to teach classes in Spanish at Reed College in Portland, Oregon and stayed in the U.S.

What is your area of research?

It’s at the crossroads of linguistics and film discourse, basically cultural linguistics.

What do you believe is the secret or recipe for your success?

Discipline and knowing what I wanted.

How did you learn resiliency?

My mother instilled resiliency in us.  She taught us that when you start something you have to finish it.

What do you think is the most important characteristic of a successful person?

What advise could you give First-Generation students who are just starting college?

Never give up.  Persevere.

Cooking.  I love to follow recipes from all over the world.

Teaching is a bridge between people.  You communicate a knowledge to others.

What profession other than yours would you like to attempt?

If you could travel to anywhere in the world tomorrow where would it be?

Favorite time of year and why?

Fall, because it is a transition period from bright summer to dark winter. There is something beautiful and ephemeral about it.

Mónica Cantero-Exojo earned her Licenciatura in Spanish Philology and Doctoral degree in Romance Philology (Linguistics) from the University of Barcelona. The framework of her research is Cultural Linguistics where she examines cultural-pragmatics and sociolinguistic representations of words, images and metaphors. She is also trained in Forensic Linguistics.

Her scholarly articles have appeared in the journals Arizona Journal of Cultural Studies, Film-History, Filología y Lingüística, Developmental Science, and Journal of Comparative Psychology among others. She has also book chapters in Research on Spanish in the US, Història & Cinema, Visions of Struggle in Women’s Filmmaking in the Mediterranean. Her most recent work uses mapping to examine how social movements construct narratives of social justice using graffiti (images/words) in the urban space.  At Drew she teaches a variety of language, linguistics and cinema courses, including The Spanish Civil War, Cinematic Discourse, Spanish for Business and Contemporary Spanish Cinema. She created, implemented and directed a 4-weeks language and culture program in Barcelona. This program was pioneer in offering students opportunities to study abroad guided by Drew faculty. This program has been successfully running for over 15 years.  In 2019, she was nominated for the Faculty Teaching Award.

Yasmin Acosta coordinates the Arts, Communications, & Languages Career Community and the First- Generation Identity/Affinity Community. She also manages the Peer Career Coaching Program, counsels and advises students on career, job, and internship plans, critiques resumes, cover letters, CVs, and personal statements, and presents career development workshops. She also assists with the Student Employment program.  Prior to this position Yasmin was the Program Coordinator for Drew University’s Center for Holocaust/Genocide Study. She has a Bachelor of Arts in English and Psychology from Rutgers University, a Master’s degree in Arts & Letters (Literary Studies) from Drew University, and is pursuing a Master of Education also at Drew.