Max is a singer/songwriter who records and performs under the name Max Viner.  He is also an artist, photographer, and poet who looks forward to a career in the music industry, to utilize his many artistic talents and skills.

What attracted you to Drew University?

I liked that the music program at Drew allows you to start with no prior education in music. Since I had never taken a music theory class, I appreciated starting from the ground level.  Though I had been playing music my whole life, I wanted to study music formally.  Having grown up in St. Petersburg, Russia, I also loved that Drew was close to NYC.

What internships have you done?

Last summer (2019) I worked as an intern in catalogue licensing at Warner Chappell Music in NYC. I prepared statistical reports, analyzed music catalogues by researching labels and artists that have covered Warner Music songs, and determined the percentages that need to be distributed between songwriters and the company. I also contacted labels and musicians to gather information on the best deals, and developed marketing plans to support and promote musical artists.

I am now interning as a sound engineer/technician at Shanghai Jazz in Madison and learning all aspects of running a jazz restaurant musical venue, including booking and engaging musicians, and making sure the sound system is working for all musical equipment.

Did you know you wanted to major in music before you came to Drew?

Yes, music has always been something I wanted to pursue professionally. Drew provides an opportunity for rising artists, composers, and musicians to develop their creative skills.

What are some of your favorite memories from the last 4 years?

I was able to learn a new culture, the professors and students here are super nice, and I also liked the small classes and the American way of life.

Another favorite memory was a field trip my Music Composition class took to the Steinway Piano Center in NYC.  We also saw a great pianist perform (Margaret Leng Tan) who played a classmate’s (Dorian Wu C’19) composition, along with other student compositions and offered students’ feedback.

Visiting NJPAC in Newark with my composition class to see a performance of Igor Stravinsky’s “Firebird” and George Gershwin’s “Rhapsody in Blue” was another great experience.

When were you first drawn to music?  Tell me about your musical journey.

Since childhood I appreciated sounds and musical patterns. They can communicate more than just creative ideas, they can provide the artistic visions over decades. When I was 4 years old, I heard We Will Rock You by Queen and Bob Marley’s Three Little Birds, and I became  interested in playing guitar and started taking lessons. I started writing songs when I was 13 after I heard Nirvana.  At 15 or 16 years old I began recording and producing my own music.

At the age of 13 I formed a band called Ladybug with my close friends. We only played original songs and performed in St. Petersburg jazz clubs. Our biggest show was a music festival in the Cathedral Square where we performed for 1000 people.

As soon as I started producing music during my senior year in high school, I discovered SoundCloud and learned I could post music for free.

At Drew I started playing with a couple of musicians and at a gig I met the head of the studio operations at Atlantic Records. He introduced me to the co-founders of an independent music label called Telegraph Hill Records in Asbury Park. He suggested that we record my music with studio musicians. Music producers, singer/songwriters and studio staff at Atlantic Records helped to produce the record and helped me create my own independent record label as Max Viner.

I produce music all the time and release on Audiomack, Soundcloud and Instagram.

At Drew I’ve taken classes in music theory, composition and history and have learned so much from my classes in  keyboard studies, drums, and vocal lessons with Prof. Angelika Nair.

In general, what advice would you give to first-year students?

Work hard to achieve your goals and remember hard work pays off.  Have patience, because you’ll eventually achieve what you’re working towards. Also, don’t do drugs or smoke and show up on time.

What is something you are most proud of?

My hope is to have a job in the music industry that gives me an opportunity to utilize all of my creative skills, while also producing and performing my own music. 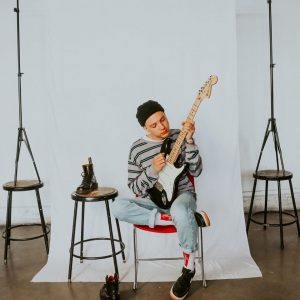 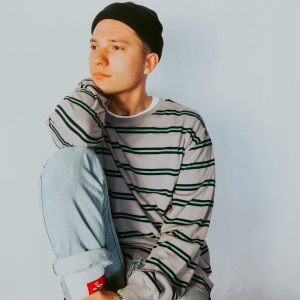 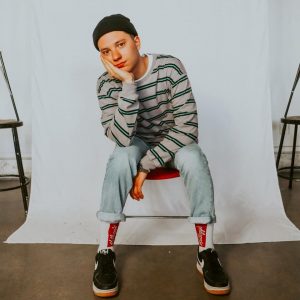 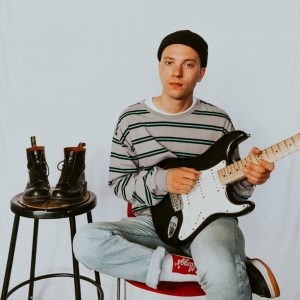