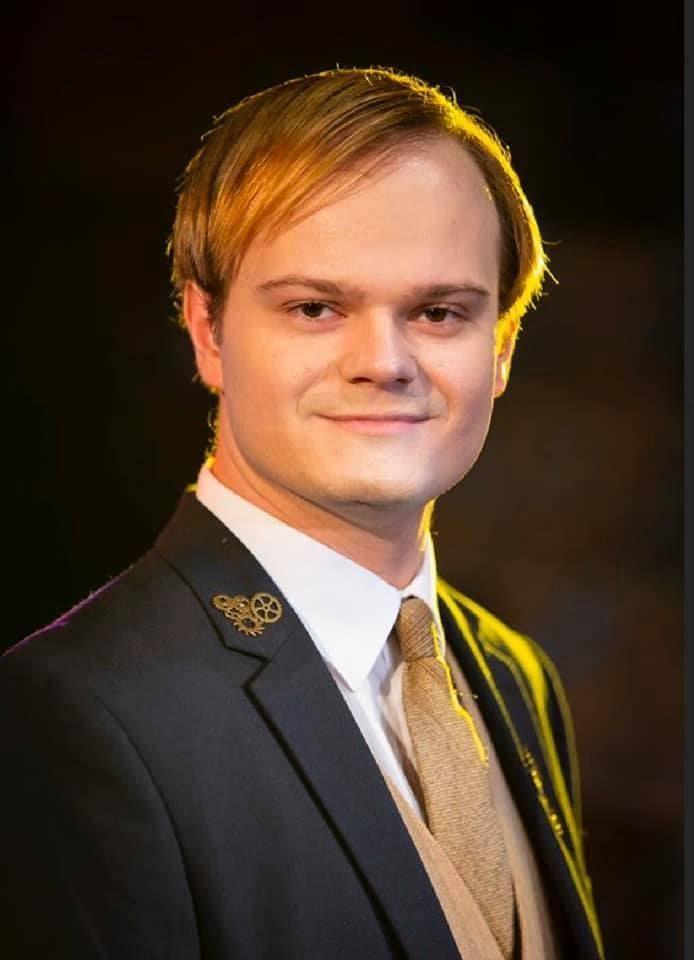 Max is a multi-talented composer, producer, singer-songwriter, and actor who starred in a highly acclaimed Ukranian film, has worked and performed for a world- renowned Avant-garde experimental theater in NYC for years, and has produced two studio albums under his stage name Maksym Loz. After graduation he hopes to pursue a career in music performance and theater.

I was born in Zhytomyr, Ukraine, near Chernobyl. We moved to the East Village in Manhattan when I was one.  When I was in 8th grade we moved to New Jersey.

What attracted you to Drew University?

I knew I wanted to major in music and I was drawn to Drew’s exceptional music program.

Did you play an instrument in high school?

I played guitar in the ensemble and I sang in the chorus.  I was also in the school musicals.  I was in Les Miserables, The Crucible, The Civil War, and Titanic the Musical.  When I was a junior in high school our Titanic cast got invited to perform at Lincoln Center with the Broadway cast of Titanic the Musical.

What made you pursue music as opposed to theater at Drew?

I was more drawn to music and I took this opportunity to gain more knowledge.  It was great to start with music fundamentals.  Dr. Trevor Weston was a great advisor and I have learned more and more about music every year.

What draws you to music and acting?

I see music as a source for change. It can happen either through classical music, jazz, rock.  Music is a very good outlet for people to speak the truth and there’s a freedom to it.  This change includes social and political change. I play the electric and acoustic guitar and piano and I’ve been writing songs since I was a freshman in high school.  I’m working on a new album now and have a couple of videos on YouTube. I would classify my music as alternative rock or indie but I also try to incorporate classical and blues. One of my favorite songs I’ve written is called Letter.  It’s about overcoming obstacles and dealing with mental health issues.

As far as acting is concerned, I love that I have the ability to take on someone else’s life and the opportunity to tell their story. It’s part of being an artist, educating, entertaining, and shedding light on the lives of real people.

Do you work on or off campus and have you done any internships?

I work off campus writing music for an off-Broadway production at La Mama Experimental Theater Club in the East Village.  Right now the director is still in the process of writing the play and I’m in the early stages of the musical composition collaborating with Anthony Coleman, an acclaimed jazz musician in New York City.  I learned so much from Prof. Saltzman’s History of Jazz class about jazz style and technique.  I have put this knowledge to good use in my collaboration with Anthony Coleman.

I started performing with La Mama in 2014, and over the years have worked as a Sound Engineer, and as an las year as Assistant Stage Director for their production of Tychyna, Zhadan and the Dogs (Winner of 2 Innovative Theater Awards for Outstanding Production of a Musical and Outstanding Original Music.)

I starred as romantic lead, Yaro, in the movie musical, Hutsulka Ksenia (Гуцулка Ксеня)  It premiered nationwide in Ukraine on March 7, 2019.  This counted as an internship and a study abroad experience. I was really proud of being in this film.

What are some of your favorite memories from the last 4 years at Drew?

One of my favorite memories was when I was in an acapella group and we went on tour my first year. I also enjoyed performing at all the chorale concerts.

I also loved being part of the cast of the Theater Department’s spring 2020 production of Spring Awakening. It was an incredible experience working with the director, Abigail Zealey Bess, choreographer and the rest of the cast and crew. I learned a lot from the rehearsals leading up to the final performance. I made a bunch of new friends and it was a great way to end my college career at Drew University.

If you could go back to your first year self and give him some advice what would it be?

I would pay a little more attention in class.

In general, what advice would you give to first year students?

Do what you love to do and never apologize.

Working at some type of music job and performing my own songs on stage.