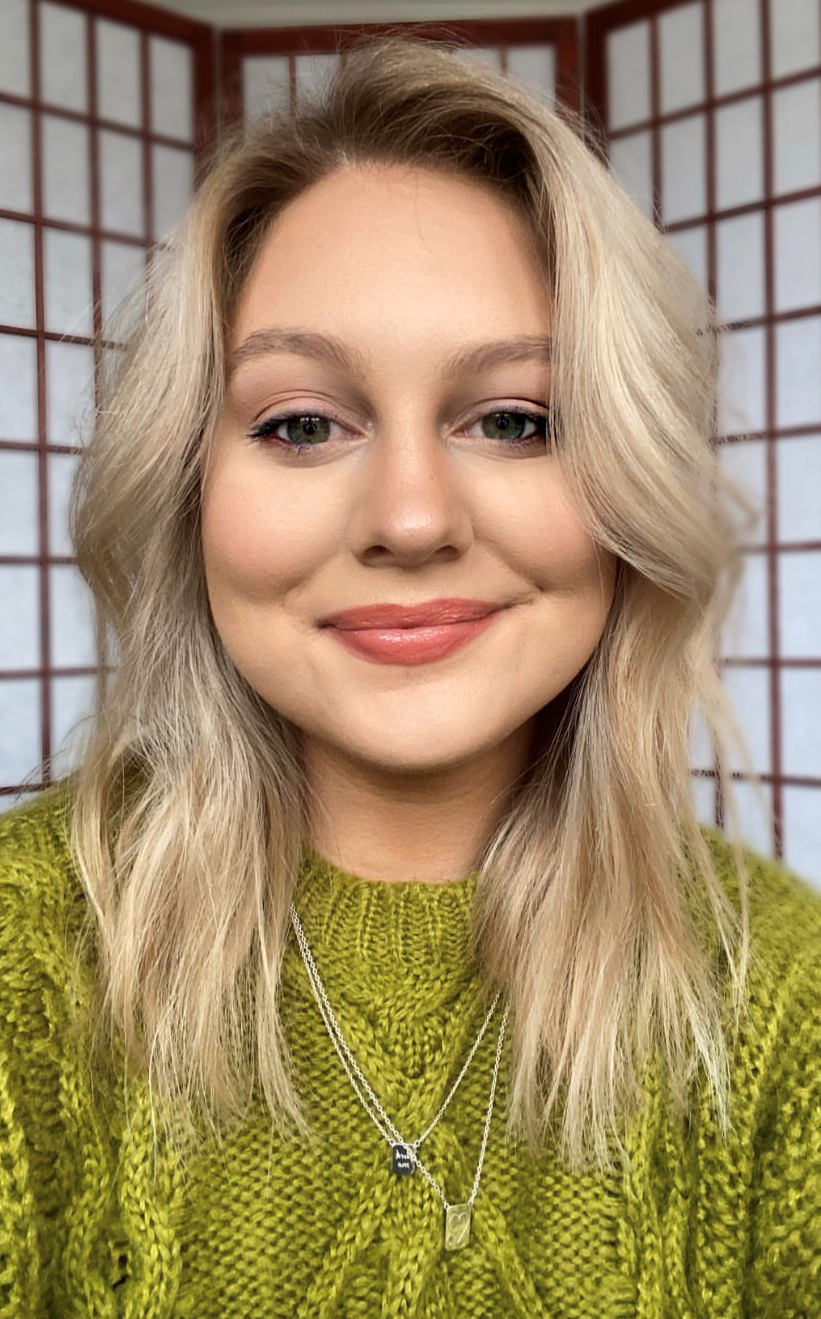 I was born in Syracuse, New York but I was raised in Pennsylvania (where York Peppermint Patties are from).

The Comparative Religion department was a big draw for me because it aimed to approach religious studies in a way that was different than other schools. I was also looking for a smaller, liberal arts environment that could still offer me the “college town” feel that you would get at a bigger university. Madison, Morristown, and the proximity to New York City offered endless opportunities for weekends and nights off of campus.

Did you know what you wanted to major and minor in your first year?

I knew what I wanted to major in but my French minor was a complete surprise. I had struggled in language classes in high school, but when I came to Drew and started French as a new language, it clicked. Now, I’m being inducted into the Pi Delta Phi French Honor Society.

What draws you to Comparative Religion and Philosophy?

I think my affinity for them is due in part to familiarity. Growing up, my father was a Humanities professor, which means it was mandated that I knew how to pronounce Slavoj Žižek’s name by my 10th birthday. I’m drawn to religion because I’m fascinated by and have a deep respect for different belief structures and how they help us understand people. Philosophy is appealing to me because it challenges the way we’ve been conditioned to understand life, knowledge, the world, etc. — status quo isn’t sufficient, so complacency isn’t an option.

The summer going into my junior year, I volunteered at the archives of my local college, York College of Pennsylvania, to help handle and research a German Bible from 1670 with a Martin Luther-translation. Despite being fully allergic to it, I very much enjoyed the Bible’s many illustrations and the puzzle of determining what those illustrations were.

Yes, I participated in the Semester on Social Entrepreneurship in NYC last Spring (2019). I was excited and nervous going into it because I had no real experience with business or economics, but I saw avenues in the program that led to my studies, especially ethics. It was one of the best learning experiences I have ever had and it has totally lifted the veil into the way I see the world. Not only do I still talk about and reference the things we learned in class related to philanthrocapitalism and the nonprofit sector, but I’ve also maintained great friendships that were formed in that class.

I am a better person and student now than I was before coming to Drew and I owe a lot of that to professors like Professor Lee, Professor Anderson, Professor Golden, and Professor Placet-Kouassi. Although he has since retired, Professor Allan Nadler was an incredible advisor and resource to me who, in addition to introducing me to Spinoza, showed true care in my future and offered help and advice to me even after he left. Professor Darrell Cole also deserves a special shout out for not only being my trusted advisor, but also for enduring my procrastination and staunch enforcement of the Establishment Clause in almost every ethics paper I have ever written.

What world issue are you most passionate about?

I noticed a pattern in high school that all of my self-choice paper topics surrounded issues in human rights and justice which is why I suppose I chose ethics as the concentration for my Comparative Religion major. I don’t know if I could pinpoint one specific issue in the world, but I have always found myself sitting in the intersection of religion and politics. I have also been very invested in women’s rights and feminist movements. Recently, I’ve been wanting to explore decolonization in academia, and the dismantling of historically unjust structures in the system. (Also, yes I’m an Aquarius).

Seeing Neil Degrasse Tyson my sophomore year was a highlight. My friends and I were so excited that we spent the whole afternoon making name puns and saying “It’s Tyson Time!”

Like many Zillennials, I love music, skincare, and movies produced by A24. I also like to cook and bake in my free time which serves as a form of stress-relief.

What is your dream job?  Where do you see yourself in 5 years?

What advice would you give first-year students?