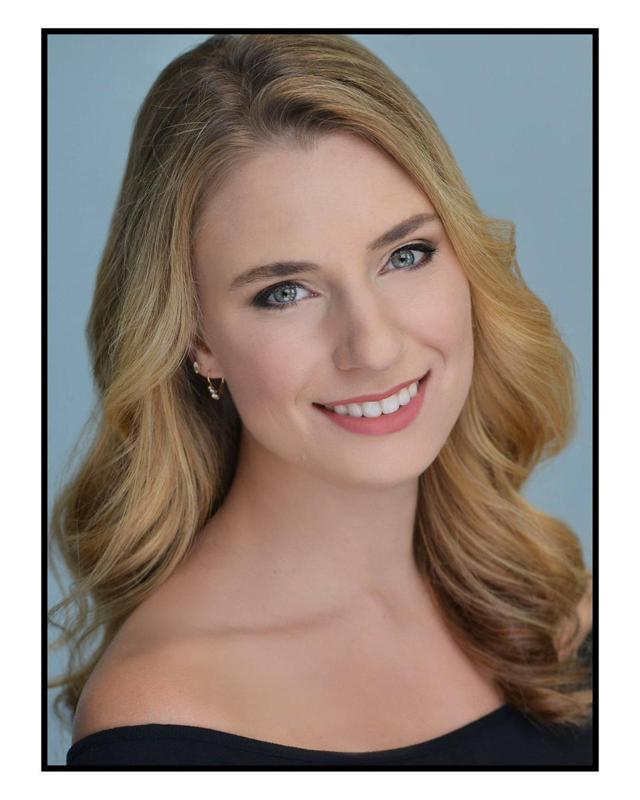 Aliya Meredith Weinstein lives and frequently performs in New York City. Currently, she is singing Zerlina (Don Giovanni) in Martina Arroyo’s Role Class. Aliya has performed as the Dew Fairy in Regina Opera’s production of Hansel and Gretel, reprising the same role she sang with the Manhattan Opera Studio, in addition to covering the role of Gretel. Aliya has sung in recitals at Carnegie Hall and The National Opera Center. Aliya had the honor of singing Pamina in a memorable production of Die Zauberflöte in Salzburg, Austria. In Florence, Italy, Aliya performed the partial roles: Despina (Così Fan Tutte) and Effy (Il Birraio di Preston). While perusing her Master’s degree at New York University, Aliya sang partial roles: Laetitia (The Old Maid and the Thief) and Susanna (Le Nozze di Figaro). As an undergraduate of Drew University, Aliya made her debut into opera as Second Woman in Dido and Aeneas, soloist in Handel’s Messiah, and partial roles Gilda (Rigoletto), and Laurie (Oklahoma). Having a strong background in musical theatre, Aliya recalls her time as Sarah Brown (Guys and Dolls), Josephine (H.M.S. Pinafore), and both Cinderella and Rapunzel in Into the Woods. Aliya works with the Young People’s Chorus of New York City, recently named “Choir of the World”.

As a perspective student, Aliya visited Drew for an overnight stay and after seeing a performance, attending an a cappella rehearsal and visiting the Commons, she felt Drew was the right college for her.  Prof. Garyth Nair also played a role in Aliya’s decision.  She said, “He showed me the Concert Hall and allowed me to sing there.  He saw a future for me and gave me confidence in myself.  He encouraged me and said if you want to sing, we will have you singing here.” This confirmed Aliya’s decision.  She knew she wanted to major in Music from the start since she’s been singing since she was 5 years old.  She added theatre arts and arts administration as minors since she felt they complimented her music major well. While at Drew, her arts administration class arranged for her to intern at the Mayo Performing Arts Center.  She said, “It was a great experience. I worked in the education department and helped children with their rehearsals and prepared them for their concerts. I loved it! Through that internship I learned so much about what goes on behind the scenes.”

She was active in the theatre and music departments.  She did Stage crew for a few shows, assisted in the music wing, she was in chorale, chorus, and spent 4 years singing with “On a Different Note”, the a cappella group.  She also did arrangements for them.  Aliya said, “I loved every minute of a cappella. The students in the group became my best friends and still are best friends today.” She was also in the Italian Club and worked at the Concert Hall.  One of her favorite memories of Drew is singing all 4 years with the Chorale at Drew’s graduation ceremonies. Aliya said, “I cried every year.  It was such a proud feeling and it always stood out as a special day.”

PURSUING A MASTER’S IN VOCAL PERFORMANCE

When did you decide that you wanted to pursue a Master’s in Music – vocal performance at New York University?

I decided my junior year that I wanted to pursue a Master’s in vocal performance.  Originally I thought I might pursue arts administration but people at Drew encouraged me to go for vocal performance. Music Professors Dr. Trevor Weston and Dr. Leslie Sprout’s classes gave me a strong background in theory and history that prepared me for grad school auditions and entry exams.

How did you enjoy the program at NYU?

It was a lot different than Drew since it was strictly about vocal performance and it was in NYC. It was not the easiest transition but after a year I felt at home and I now love it. I’ve been living in NYC for 5 years.

You sang with the Manhattan Opera Studio and the Regina Opera Company in Hansel & Gretel as the Dew Fairy.  Can you talk about those experiences?

This was my first taste of professional opera singing and it was exciting. I felt my hard work was moving me in the right direction and it was a lot of fun.  I really enjoyed performing and loved that role.

You have been working with the Young People’s Chorus of NYC first as a Production Assistant and then as a Development Assistant.  Can you talk about what you do in your work and how has Covid-19 has affected your employment?

My affiliation with the Young People’s Chorus of New York City (YPC) began when I was at Drew.  One of my professors had a contact there and I was able to get a production internship during the fall semester of my senior year.  I was attending rehearsals and concerts and working in the office.  After interning, they asked me to work backstage during their concerts, including the gala at Lincoln Center, and later on I was hired as a Development Assistant. In this position, I communicate with donors, assist with fundraising, and prepare for the gala and other events. I love my work and the organization.  This is my 6th year with YPC. They reach 2,000 children across the city and are dedicated to choral performance, music education, and college preparation. They recently won Choir of the World and represented the U.S. in The World Holocaust Forum in Israel.  It’s a pleasure working with YPC. I am currently working remotely due to Covid-19.  They have switched everything to virtual programming.

Are you still taking voice lessons?

I take weekly voice lessons and continue to study new languages and music to increase my repertoire.

Waitin’ for my Dearie from Brigadoon by Frederick Loewe

Did you ever think about a career in musical theater?

Yes, when I was growing up I did community theater and was in a lot of musicals. At Drew I was singing musical theater pieces in “works in progress” performances but once I was introduced to a more classical repertoire (I was in an opera junior year), I was inspired to pursue the classical route.  I still love musical theater and still sing and perform it.  I just did a musical theater review at one of the opera companies in NYC. There is a lot of crossover these days.

What is it about singing opera that you enjoy?

I like the challenge of singing opera and it suits my vocal range. I like to learn the languages for opera and visit the countries where they were composed. As an example, while singing the role of Pamina (The Magic Flute), I visited Mozart’s childhood home.  I love that I have to work hard to master it.

What do you think is the key to your success in this field?

I think it’s two things primarily. Dedication is a big part of it and having the drive to put in the work even when it’s tough.  It’s a long journey to be an opera singer and you have to put yourself out there and audition. Having a good work ethic and making connections is vital in the world of opera.

What advice would you give to a student who is interested in a career as a singer/vocalist?

Make sure you have a good voice teacher.  Do auditions and do the background work.  If it is opera, there is a lot of behind the scenes work that can be done, like learning languages, vocal techniques, and being dedicated and determined. Remember to look for the fun when things get tiring and challenging.

What career other than your own would you like to attempt?

Though it’s closely related, I’d love to be in the music business, hiring new artists as a Music producer/manager.

Where would you love to travel if you could travel anywhere in the world tomorrow?

Italy will always be my number one choice.  I fell in love with it when I did my ShortTREC to Orvieto with Dr. Emanuele Occhipinti. Although it was a language and culture trip, Professor Occhipinti found a local singer and voice teacher who gave me voice lessons during our lunch breaks.

I love going to Broadway shows, the beach, bike rides and spending time in Margate, NJ.