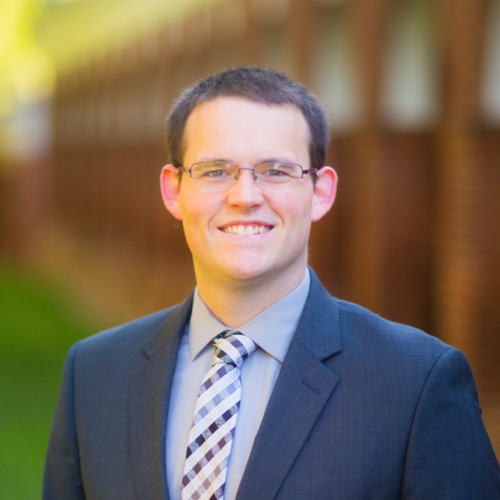 Andrew W. Bishop is originally from Absecon, NJ, and currently lives in Richmond, VA. He graduated from Drew University in 2014 with a B.A. in political science and Chinese. Andrew taught in rural communities within the Teach For All network for four years. He was a 2014-2016 Fellow with Teach For China, teaching both tested and oral English in the village of Nanmei, Yunnan. He then became a 2016 Corps Member with Teach For America – Mississippi. Andrew taught 6th grade English language arts and social studies at Carver Elementary School in the Sunflower County Consolidated School District. This year, Andrew graduated with his Master of Public Policy from the University of Virginia and is currently a School Planning Specialist with Richmond Public Schools in Richmond, VA. In his spare time, Andrew enjoys reading Star Wars novels, gaming on his PS4, and running.

Andrew chose Drew University because he wanted to major in Political Science and knew about the various programs Drew offered in the field, such as the Semester on the United Nations. When he was in high school he was interested in learning more about the world outside of the U.S. and felt political science was a gateway into understanding how the international world works.  He wanted to make sure that he left Drew knowing a second language and felt it would be a great hard skill to go along with his soft skills. Andrew came to Drew with an interest in studying Chinese, and after studying abroad in China on one of Drew’s summer programs, decided to double major in it.

While at Drew, Andrew participated in an internship at the Asia Society in New York City, and a summer internship at the Washington, D.C. Office of U.S. Representative Robert Andrews through the Kean Political Science scholarship.  Andrew was also actively engaged in student government for 4 years. He started as freshman senator, then was Attorney General for two years, and President his senior year. He was also involved in the Drew Democrats becoming President his Junior year.  This club was active with campaigns and brought Cory Booker to Drew when he was still the Mayor of Newark. Andrew said, “It was the highlight of my Drew career to be able to introduce him on stage.”

Andrew had many mentors while at Drew including Chinese Prof. Di Bai and Political Science Prof. Phil Mundo. Andrew said Prof. Mundo “is the type of person that can give you not only guidance around what’s happening in the classroom, but is also super helpful in mentoring when you have questions about general career choices you are making.”  Andrew also mentioned two other mentors, Political Science Prof. Carlos Yordan and Education Policy Prof. Patrick McGuinn.  Andrew said, “I got to sit in on Prof. Yordan’s class as a prospective student and I knew from that class that Drew was the right place for me. He taught the U.N. Semester when I was there which was an incredible experience.  He’s another one that you can go to with any problem you are trying to solve and he would be more than willing to talk to you about it.  With Prof. McGuinn, I spoke with him when I was making my choice around going back to grad school, and he recommended I look into the University of Virginia for my Master of Public Policy (MPP) which I just finished this year.”

His favorite memories of Drew include his first trip to China. He said, “It was just an incredible experience! Prof. Di Bai took us to Beijing for a few days where we were able to see sights like the Great Wall and the Forbidden City before spending three weeks in the northern city of Harbin. On one of our first nights in China, we were given the assignment of getting dinner on our own. I remember standing with my friends at a steamed bun stand for twenty minutes trying to translate characters on our phones just to make sure we knew what we were ordering.  When we came back with three steamed buns we felt our whole world had opened up based on that experience.

Overall, this trip gave me the confidence to go abroad for an entire semester which I did the spring of my sophomore year through an approved list program. It was an amazing experience. I was able to study at Nanjing University taking classes conducted entirely in Chinese.  By the end of this experience I was speaking comfortably in Chinese and was set up well to apply for the U.S. Department of State’s Critical Language Scholarship (CLS) program which I attended the summer after my junior year.”

Andrew believes that one of the great things about a liberal arts education is that it gives you an opportunity to take diverse classes which allow you build a foundation in quantitative analysis, develop cross-cultural competence, and gain a broader understanding of the world around you.

What inspired you to do Teach for China?

I found out about Teach for China when I was on CLS, and learned that it was a two-year teaching fellowship that primarily operated in China’s rural provinces. I had taken Prof. McGuinn’s education policy class the semester before and had come back from CLS fluent in Chinese so the fellowship was a perfect opportunity to merge my passion for education with my Chinese language skills. I talked to Prof. Di Bai about it and she encouraged me to apply, as it would give me the chance to get outside of the cities and better understand how other parts of the country work and function.

I loved becoming a member of my local community within China. In rural China, students and teachers live at school from Sunday afternoon through Friday afternoon, so I spent most of my time living at my school. My Chinese ability improved significantly, and my experiences teaching led me to continue pursuing a path in education.

What do you think was the key to your success in China?

While other fellows who came into the program had varying levels of Chinese, I had the added benefit of being able to speak the language which allowed me to interact with others in my community.  I was also able to go in with an open mind. It’s hard living abroad for long periods and adjusting to living in a place that is different from where you grew up. However, if you’re able to adapt as you go along you will have a much better time.  Adaptability is important. If you can do this, you will be successful wherever you end up.

What inspired you to pursue a Master of Public Policy?

After I came back from Teach For China, I joined Teach For America and taught 6th grade language arts and social studies for two years in Mississippi. Mississippi was my first choice of regional placement because I wanted to continue teaching in a smaller, rural community. Rural communities are often missed in the academic discussions around education, yet they are an incredibly important component of our country’s education system. I loved my experience teaching in Mississippi, though had to adapt to a different model of education. In China, I had large classes (one of which had 65 third graders!) and participated in teacher-centered instruction. In the United States, I had smaller classes and needed to create lessons that were student-centered and had more peer-to-peer interaction.

After I completed my time with Teach For America, I decided I wanted to pursue an MPP. One important thing to keep in mind if you decide to pursue a higher degree is that you have a specific skill you want to hone or an experience you want to build on. In my case, I wanted to continue studying education while also building out my quantitative skill set. The MPP allowed me to do this, which helped me get my current position as School Planning Specialist at Richmond Public Schools in Virginia.

What advice would you give international students who are studying at Drew?

Take advantage of every opportunity to learn about the place where you are living.  This is true for those coming to the United States or those going abroad. If you are building out that cultural knowledge that will help you not only gain a deeper understanding of the language but the ability to interact well with others in an increasingly globalized world.