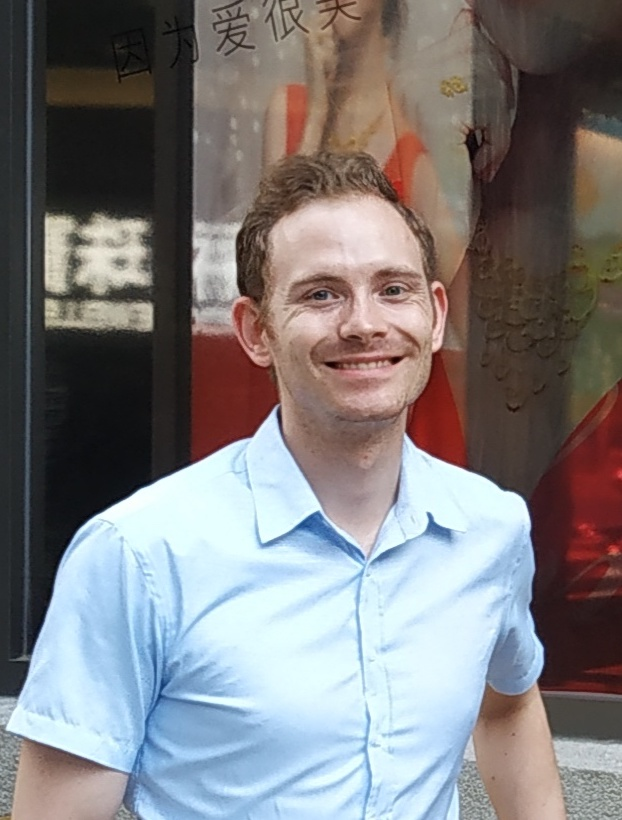 Eric Reid’s role as a nationally-focused manager, for INTO University Partnerships, involves working with top US and UK universities to diversify and expand international student bodies, forming long-term partnerships which expand opportunities for students and raise the profile of partner universities globally. He oversees recruitment and marketing efforts for all US partner universities across China, and takes leadership in liaising with partners to ensure maximum strategic effectiveness is achieved. Eric also organizes and runs national marketing events with key partner agents and institutions in order to support their business and expand opportunities for cooperation.

Work in international education requires refined market awareness in combination with linguistic and cultural capabilities. His role involves using these abilities to help partners understand local market needs and trends, adapting their profiles to ensure that they remain visible in an increasingly competitive environment. Eric’s background as a student in both the U.S. and China also enables him to provide effective training and insight to partner agents in China.

What inspired you to study Asian Studies as an undergraduate?

I took a Chinese class thinking it was more intriguing than a standard Roman language but I didn’t anticipate how difficult it would be.  One of the good things about it being so hard was that we only had 6 students in the classroom so we received a lot of attention from the teacher.  It snowballed from there because the more I studied this language, the less I wanted to give it up because I had invested so much time in it.  Sticking through it benefited me so that when I went to China my junior year for an exchange program, being there and using the language was a great experience. I was in Bejing during the Olympics when everything was opening up.  It was such a different experience than being in a western city.

What prompted you to pursue your Master’s in International Chinese and Intercultural Communication?

I went back to China after I graduated with my B.A. and thought about working there for a year as a gap year then returning to the U.S. but while I was working there I was contacted by a local university and was told that with my prior experience with Chinese, it would be easy to get into a Master’s program with a full scholarship. I thought it was a great opportunity to improve my Chinese even more.

How was the experience of studying overseas?  Since language was not a barrier, what other challenges did you face?

The biggest challenge of adapting to a Chinese university was the teaching style (the Confucian teaching method.)  It’s more about students not talking and teachers just lecturing.  After awhile, my teachers realized that they could rely on me to contribute to classes unlike the other Chinese students and they did start to ask me more questions, but no one usually talks in class or is expected to. I don’t think the classes were difficult but there were cultural barriers including how we did our exams and understanding the teachers, but I got through it all.  My overall understanding of China was greater than when I started.

You’ve been at INTO for a little over 4 years, starting as a special projects manager, then head of partner services and now as Senior U.S. Manager.  Can you talk a little bit about INTO as an organization and what you do in your position?

When I started with INTO we were doing Chinese partnerships. I was working with Chinese universities and bringing students from all over the world to study in China, but since then I’m in the U.S. side of thing.  INTO is a partnership company with universities.  They take on a vast array of services for universities. With Drew we focus on marketing and recruitment but then also INTO Center takes care of student services, Pathway and language programs.  In my initial role I was more focused on student services and welfare, but now I’m in a more marketing and recruitment role.  INTO is an interesting company and has a unique perspective on education because it’s trying to maximize international students’ experiences. Throughout China we have U.S. and U.K. partners and I head up the U.S. team and I coordinate marketing events and messaging coming from universities. We dictate the market strategy and work with agents here.  It involves going to expos or talking to students, or doing training, anything that will increase the visibility of our university partners.

What are some of the skills and strengths you bring to China as an American?

I think that as an American educated person the critical thinking aspect is important.  It’s the ability to break down what the market needs and how to improve our visibility or more students. This is an important skill.  The language part is important.  Five years ago, it was okay to be an American talking in English.  It was well received, but now the market is shifting where they want people who can speak Chinese.  It’s a necessary requirement for the job.  There is the added benefit of being an American where people are more likely to listen, especially parents, because they see me as an authoritative source.

What do you like the most about living in China?

The whole environment – the cost of living is lower for one.  Living in a Chinese city, you have a higher degree of convenience where you can almost any service through your mobile phone.  Also China has done a great job with urban planning and they put together livable cities. Chinese cities are clean and walkable and crime rate is low. You never feel unsafe. Public transportation is well developed.  It’s well put together and very comfortable.  You have less freedom and independence but the mix of all these things makes it quite nice.

What do you miss the most about the U.S.?

What do you think is the key to your success in your field?

Language ability is important but you also have to have a cultural understanding and this is especially important in China when so much of the language is contextual and connotative. It’s now what they say to you but how they say it, the meaning behind it.  Even if you speak Chinese, if you don’t have that added cultural context you won’t be as successful because you won’t be able to communicate effectively.  Other than that, I would say my resilience. In this industry, especially when you are working in another country, there is a lot of different volatile situations and I think it’s the ability to be happy wherever you go and to be self-reliant that has served me well.  I’ve never felt too flustered even bouncing around China to different cities.

What advice would you give international students coming to study and live in the U.S.?

First thing – learn the language.  First thing I did when I went to China, is that I had a large group of non-western friends.  I didn’t communicate with Americans. That was important for my development.  Try to make local friends. To put yourself in those different situations.  Only by that exposure will you get a grasp of the language.  Culture is also something you have to study it’s not just something that comes to you.  Learn the culture and learn the non-verbal, body cues and unwritten rules that govern our social behavior. That takes a concerted effort to learn and the more you learn the higher chance you’ll have to be successful in the U.S.

What advice would you give students who are interested in working abroad particularly China?

Finding a job in China is not difficult.  There are a lot of English teaching positions here but China is an acquired taste and one in ten might like it. Do not be afraid to put yourself in a completely different situation that you’re used to.  China and America are so different.  You have to be courageous and be comfortable going outside your comfort zone.