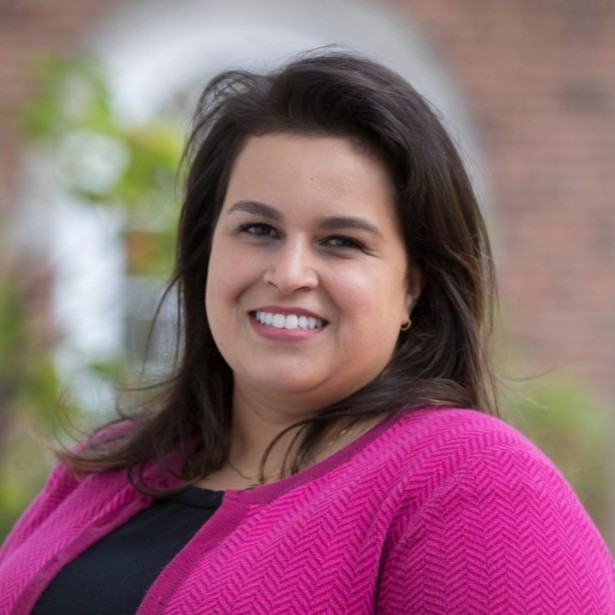 was born and raised in Brazil and transferred to Drew mainly because of Sunita Bhargava, Director of Transfer & Continuing Education. As a non-traditional and commuting student she was concerned that college would not be a welcoming place, but Sunita was so supportive through the admissions process she allayed her fears. Fabiana said, “Sunita went above and beyond to help me find my way and I felt if everyone was like her, Drew University was the place for me. She provided a sense of family and community at Drew.”

Fabiana received a degree in Hospitality in Brazil. She liked the people aspect of hospitality so she chose to major in Psychology and Neuroscience at Drew. This decision was further confirmed when she worked as an au pair in the U.S. and her host mom was a psychologist.

Fabiana worked as the head of the Drew Commuter Association.  She said, “We planned a dance and advocated for the commuters for them to be more involved on campus.  Rushing home after class is a trap that’s easy to fall into it.  I tried to create a sense of family for commuters at Drew.”

She also worked as a Commuter Senator for Student Government for 2 years and worked as the Logistics Firector of Drew TEDx.

As far as mentors, along with Sunita Bhargava, another mentor was Michelle Brisson, Dean of Student Engagement. Fabiana said, “Michelle was phenomenal! She helped me with any project I had with the commuters.  She was always supportive with any idea or project I came up with that could benefit the Drew community. She really impressed me.”  Another academic mentor for Fabiana was Psychology Professor Hilary Kalagher.  “She always went above and beyond. As my adviser she texted me during the pandemic to make sure I was doing well.”  Another mentor was Drew Counselor Therese Zimmer-Farid, who helped her with some issues.  Another mentor was Neuroscience professor Christopher Medvecky.  Fabiana said, “He mentored me for 3 semesters when doing my own research.  I loved working with him.  This personal interaction with faculty and staff opens a window to learn so much more than just sitting in a classroom. We would also talk about potential careers.  One of the best things about Drew is that it’s a complete place.  I wouldn’t have been able to finish college at other universities.  Drew was crucial in helping me graduate.  I know people who go to other schools and don’t have the type of support that Drew offers and I am so grateful for all of that support.”

Her favorite moments involve being part of the community. Fabiana said, “It meant a lot to me to get my first award at Drew.  Another great memory is when we went to NYC for a happy hour with Drew alum to be recognized as engaged students on campus. I love how Drew really appreciates their students and recognizes them for what they work for.  I came in as a Junior and still I could get engaged on campus and get leadership positions. Drew offers so many opportunities.  An added bonus is that everyone is recognized for their work.  Also, the diversity at Drew is something I will carry with me forever.  It was great to be in college with people of so many backgrounds. It made my time more enriched. I worked with people from 16 different nationalities at TEDx working towards the same goal.  It made the experience so much better.  Drew is proud and protective of every minority and group on campus.  I always felt protected as a woman of color, and a nontraditional commuter. I was cared for and Drew felt like family for me.

What are your career goals?

I want to stay in NJ and I am currently applying for jobs and universities to work in research cognition for a year. My plan is to go to grad school to pursue my Ph.D. in Psychology.

Can you talk a little bit about your experience as a non-traditional commuting student?

As a non-traditional student I had some challenges because my interests are not necessarily the same as a 20-year-old student but because Drew is so diverse, I always felt welcome.  It wasn’t that hard to fit in.  On top of this, Sunita always said if I ever felt like an outsider I could come to her office to talk. I also felt like sometimes it would be difficult for non-traditional students to attend events on campus at nights or weekends, because they may have their own families (kids, spouse) and those events were occurring during “family time”. So I talked to Michelle Brisson and many events became family friendly for commuters and non-traditional students.

Being a commuter was a little more challenging because I couldn’t be on campus at all times.  Drew has so many programs available but being a commuter and having to drive 40-45 minutes to campus made it hard to stay for events at night. If I did stay there was no place to stay except the commuter lounge.  This is how I started working for the Commuter Association to allow commuters to attend programs and to make commuters more comfortable in their own space.  I tried to improve the commuter’s lounge by decorating it for holidays.  Student Engagement was great in that they gave me what I wanted for the commuter community. They provided a coffee machine for the lounge and 7 designated parking spots in the faculty/staff parking lot.

Any advice for first year students (particularly commuters or non-traditional) starting this year?

I would recommend that commuter students get more involved because that’s what made a difference for me.  The first step is always difficult.  When I applied to be part of the Drew Commuter Association I had my fears, but it was a big positive change. It is a great opportunity to make new friends that share something in common with you.   Get engaged, join clubs, and grow your network. Also, get involved in Launch communities and their events.  It’s a great initiative.