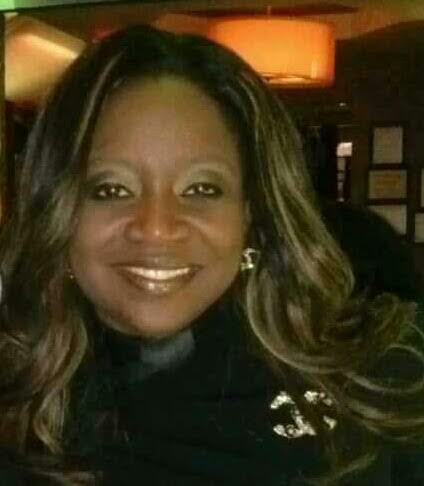 Desha is the managing lawyer of  Desha Jackson Law Group.  Prior to opening her firm Ms. Jackson was of Counsel to the Law Office of Evelyn Padin for two years. Prior to working with Ms. Padin’s office, Ms. Jackson was an associate with the firm of Wilentz, Goldman and Spitzer where she was assigned to the Employment Law Team. Prior to working at Wilentz, Ms. Jackson was the Assistant Director of the Equal Employment Division of the New Jersey Department of Corrections. There she assisted in investigations of corrections officers and staff discrimination complaints, provided advice with regard to equal employment issues, as well as provided training to employees about the anti-discrimination policy and procedures. Ms. Jackson completed courses at the Rutgers University Center of Management Development and obtained an Equal Employment Certificate. Ms. Jackson returned to the Department of Corrections in 2009 until 2016. She was an Assistant Director and served as the ADA Coordinator for the department during her entire tenure, as well as  the manager of the construction and legal affair’s units at various times during her tenure. Ms. Jackson created and provided training regarding the ADA, advised the Commissioner and other  officials and managers regarding various legal issues and supervised employees.  In 2016 Ms. Jackson became a legal consultant for the City of Newark’s Public Safety Department.  She was the lead hearing officer for all disciplinary matters and assisted with implementing their consent decree.  She provided trainng and advise regarding discipline, various legal issues and the consent decree during her tenure.

Ms. Jackson also worked at the Department of Law and Public Safety Office of the Attorney General as a Deputy Attorney General (DAG) assigned to the Office of State Police Affairs from 2002-2007. This office was created by the 1999 consent decree between the State New Jersey and the United States Department of Justice which addressed the issues of racial profiling. As a DAG she primarily served as the prosecutor in disciplinary proceedings against New Jersey State Troopers. In 2004, Ms. Jackson was promoted to Deputy Director of this unit and served as Acting Director from October 2006 to March of 2007. Ms. Jackson was also in charge of the Consent Decree unit for the City of Newark’s Police in 2016.

In 1996 she was a judicial law clerk at the Monmouth Vicinage in Freehold, New Jersey in the criminal division for the Honorable Theodore J. Labrecque, Vincent Hull and Michael D. Farren, J.S.C. She also worked as a legal assistant at the Hudson County Prosecutor’s Office in 1997 before becoming the first African-American female Assistant Prosecutor to be hired at the Ocean County prosecutor’s Office in its 150-year history. Ms. Jackson left the Prosecutors Office in May of 2000 and became an Assistant Corporation Counsel for the City of Newark assigned to their Labor and Employment Section. During her tenure at the City of Newark, she represented the City in all labor and employment matters including disciplinary hearings, grievance arbitrations, mediations, appeals in the Office of Administrative Law, matters in Superior and Federal Court, as well as matters before the Public Employment Relations Commission and the Equal Employment Opportunity Commission. She also provided advice regarding labor and employment issues to managers in multiple City departments.

Ms. Jackson attended Stetson University College of Law in St. Petersburg, Florida. While attending Stetson the faulty selected her to be in Who’s Who Among American Universities and Colleges due to her involvement and academic achievement.

Ms. Jackson is very involved in professional bar related activities and was named Young Lawyer of the Year in 2002 by the New Jersey State Bar Association (hereinafter “NJSBA”) Young Lawyers Division.  She is a member of several NJSBA and American Bar Association (hereinafter “ABA”) committees and sections including the NJSBA Entertainment, Sports and Arts Section and the ABA  Forum on the Entertainment and Sports Industries.  Ms. Jackson is a past NJSBA Board of Trustee member, former Chair of the NJSBA Diversity Committee and past member and  Vice Chair South Jersey of the NJSBA Judicial and Prosecutorial Appointments Committee.   Ms. Jackson is also a past president of the New Jersey Women Lawyers Association and the first women of color to lead the organization.  She is also a past president of the the Association of Black Women Lawyers of New Jersey.

Ms. Jackson has also received many awards and honors throughout her career for professional and community involvement. She received a Women of Distinction Award from the Girl Scout Council of Greater Essex and Hudson Counties in 2005 and a Special Achievement Award from Lakewood NAACP in 2004. She is listed in the Congressional Record by the Honorable Donald M. Payne on February 5, 1998 for professional achievement and in 1998 received the Young Alumnae Achievement Award from Drew University. She has been selected for inclusion in the New Jersey Super Lawyers-Rising Stars Editions since 2006 until 2009. In 2007, Ms. Jackson also received a Professionalism Lawyer of the Year award from the New Jersey Commission on Professionalism and the New Jersey Women Lawyer Association and the Glenn Cunningham Community Service Award from the National Organization of Black Law Enforcement Executives (NOBLE). Ms. Jackson is also an alumna of New Jersey Girls State, Hugh O’Brien Youth Foundation, Presidential Classrooms and the Leadership Training Conference. Recently, Ms. Jackson is featured in The 100 Top Lawyers Magazine for 2020.

Ms Jackson has advised various clients regarding contracts and business issues in the entertainment and sports industry. These clients  have included athletes, dancers, singers, live stage performers, musicians, television personalities, disc jockeys, fashion designers as well as actors. She also has participated in numerous employment matters involving employees and employers including discrimination, severance agreements and policy matters.  She has served as a hearing  officer for numerous disciplinary matters.  She serves as an investigator for various employment cases including discrimination, ethical matters and discipline.  She has also counseled clients regarding matters before the New Jersey State Interscholastic Athletic Association as well as other issues surrounding athletics.  Ms. Jackson is also General Counsel for the Central Jersey Chapter of NOBLE.

Ms. Jackson is also the creator of the Run Sister Run program at the Center for American Women in Politics. This program is designed to encourage African American Women to participate in the political arena and is planned in conjunction with the Ready to Run Program which provides training for women who are running for office.

Ms. Jackson is also the program manager of her own not for profit organization DLJ Give to Live Community Foundation (hereinafter “Give to Live”). Give to Live’s mission is to raise funds and awareness as well as to support charitable causes, events and needs of people in some of the following areas: sports,athletics,education, religion, poverty, homelessness, socio-econimically depressed areas, law enforcement, the arts, sick and disabled people, children, young adults, students, women and the elderly through fashion, sports and entertainment events.(http://dljgivetolive.unitedcp.org)  In 2012, through her non-profit she founded Jersey City Fashion Week (hereinafter “JCFW”).  JCFW celebrates fashion and entertainment, while creating an opportunity to give back to worthy causes in the community.  Part of the proceeds of JCFW are donated to community causes. (www.jerseycityfashionweek.com)