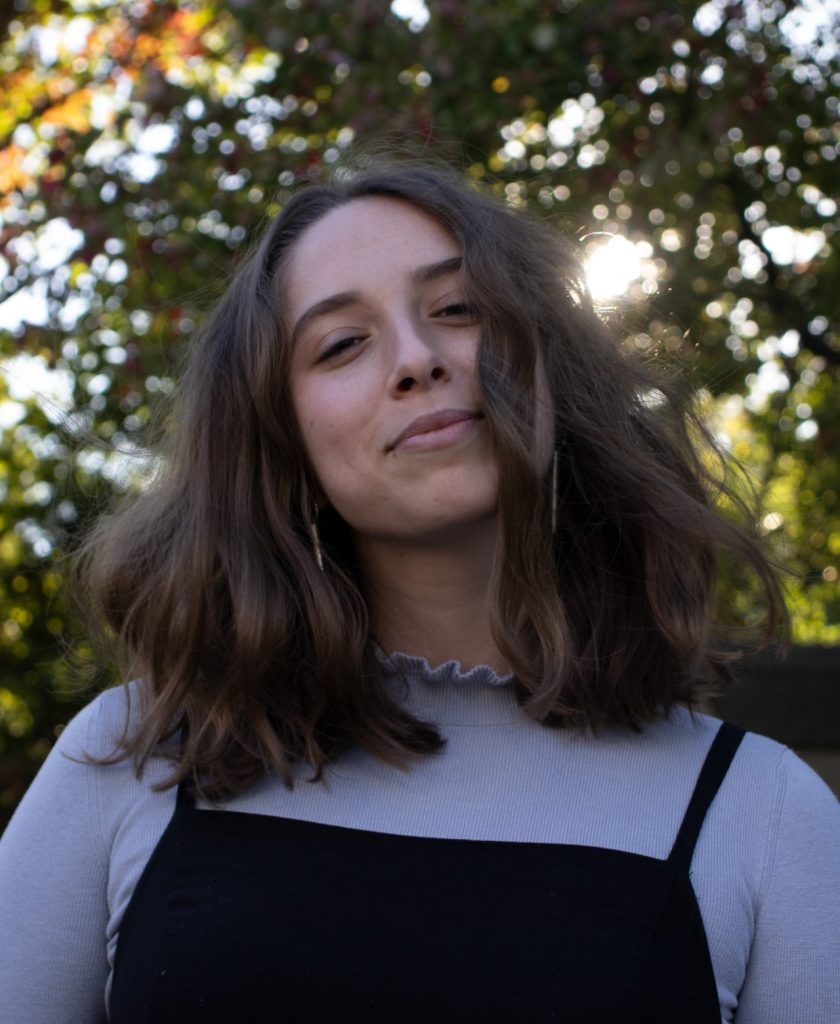 I’m from the San Francisco Bay Area, but my parents are from the East Coast, and I wanted a small liberal arts college on the East Coast near a big city. I have many interests that I wanted to pursue academically, and I liked how Drew students were encouraged to follow their multiple and diverse passions. I felt Drew was a place where I could thoroughly connect all of the disciplines that I wanted to explore.

I knew I wanted to major in Theater and something else – maybe in English or Psychology – but when I heard about the Media & Communications major, I knew it would be perfect for me because I could take those classes in English, psychology, philosophy, sociology, and film and tailor my degree the way I wanted to.

I’m currently doing audio for a documentary film that is filming in New Jersey.  It’s about food insecurity during the pandemic, weaving in the protests and political turmoil of this year and the underlying systemic inequities that have made food insecurity so prevalent especially during Covid-19.

Tell me about your involvement in the Theatre Department?

I’m on the directing track so a lot of my work in the department has been in pursuit of that.  My first year at Drew, I tried to do everything. I was a light board operator, costume crew, acted in a play for our Out of the Box festival, and assistant stage managed the show in the Kirby. I’ve now had a couple of opportunities to direct – this past spring I directed a piece with our Out of the Box festival that unfortunately had to be cancelled once we moved to virtual learning, and I just had the pleasure of working with Jasmin Casiano on her play The Bus Stop for the developmental set.  My freshman year at Drew, I directed a couple PIPS (Plays in Progress), which is a great way for first year students to get involved in the department right off the bat. I’ve just been grateful to have worked with so many amazing teams of people on all these shows, there is truly some incredible creative talent in the Drew Theatre and Dance Department.

What excites you about directing?

In high school, I started as an actor, but I would read and see plays and have these clear pictures of how I would do them differently, what I wanted to express through these works.  Since then, and through directing in high school, I’ve learned that directing is more about leading a collective toward an artistic goal rather than one person imposing ideas onto a script.  I might not be the best writer or the best actor, but I’m able to see all the moving parts of a production and help organize them to fit together.  Being able to lead a group of people in this collaborative creative process toward this product that is all of our baby is really fulfilling.  Directing is not dictatorial.  There is a quote that says something about being first among equals – your job is to make sure that everyone’s voice is heard, allowing people to speak for themselves in a safe space. Working on The Bus Stop, we didn’t have a ton of rehearsal time but we were able to do some great work because we built that sense of ensemble and creative trust even through a virtual space.

Do you have any favorite directors?

Wow, it’s hard to choose. Off the top of my head, in terms of modern filmmakers I admire the creativity and uniqueness of Wes Anderson, Edgar Wright, and Guillermo del Toro, and I love Greta Gerwig’s voice as a writer/director, but there are many many others.

One mentor is Jamie Richards, an Adjunct Instructor in the Theater Department.  I had classes with her my first year and she’s been really supportive throughout the directorial track. Another is Professor Shakti Jaising, the head of the film studies minor. My classes with her have pushed me to refine how I analyze things and make connections between cinema/media and every other aspect of the world around us; I highly value her insight and knowledge, and look up to her immensely. I also took Intermediate Directing with Adjunct Instructor Abigail Zealey Bess. We built a relationship through that class and she recommended me to a producer friend of hers who was looking for help with various Zoom theatre/video-media projects for the summer. I will always be grateful to her for that connection and for her enthusiasm for creating boundary-pushing art.

Producing and running Forest Fire, WMNJ’s annual music festival, last year was such a fun time. We had a stage set up in Tolley-Brown Circle and the bands rotated out so we had music from 12 to 5 p.m.  Student Engagement brought games and food for “Last Saturday” so all we had to do was set up the music, and the energy of the day was just so positive, with everyone dancing to good music and having a good time. I also have so many favorite memories from the London Semester and the Barcelona shortTREC, both of those study abroad experiences were unforgettable.

Be open to new experiences and new opinions.  Go see a talk or a club meeting you wouldn’t normally go to because you never know who you’ll meet and what you’ll learn.  That is what college is about, discovering new things you never knew existed or thought of. It’s okay not to do everything, but be open to try everything. Also, be sure to make time for yourself

I have many interests and when I graduate I plan to apply to various jobs in those fields, whether that’s direction or artistic direction or some type of management in theatre, film or radio broadcasting. The beauty of the interdisciplinary path I’m on here is that there are a variety of fields that I’m becoming well equipped to go into.  Or maybe I’ll apply to grad school, I’ve been casually looking at linguistics programs in Ireland/the UK – there’s still so much I want to learn!

This summer I drove across the country by myself!  My dad currently lives in Minnesota so I went there when we went virtual in March, from there I drove out to California when the spring semester ended, and then from California back New Jersey in August.  I tried to do it as quickly as I could to minimize outside interaction due to Covid-19, but it was nice to have those days of alone time, listening to music and podcasts and seeing beautiful parts of the country that I’d never seen before. 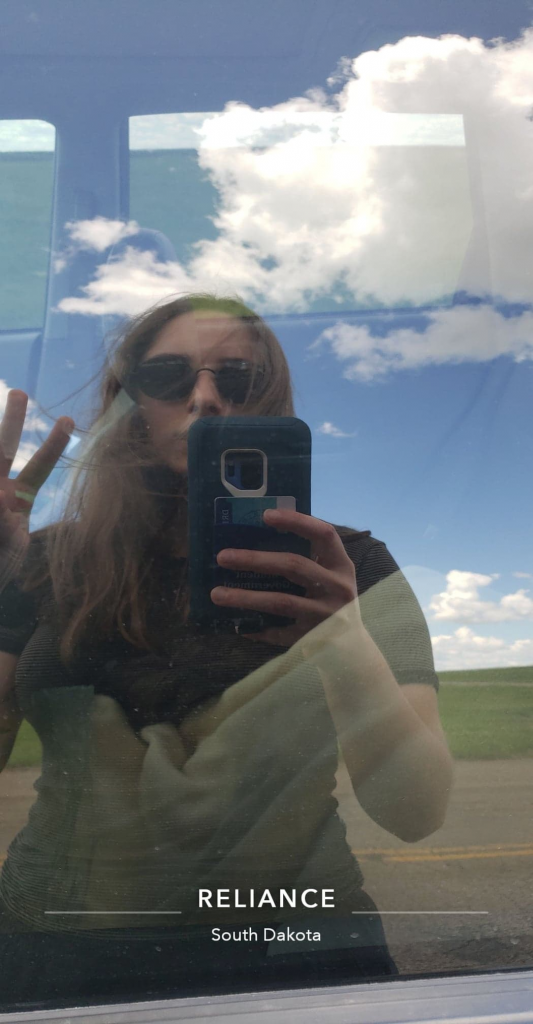 Also, in the 6 ½ weeks in between the London Semester and the Barcelona shortTREC I worked as a nanny in County Cork, Ireland.