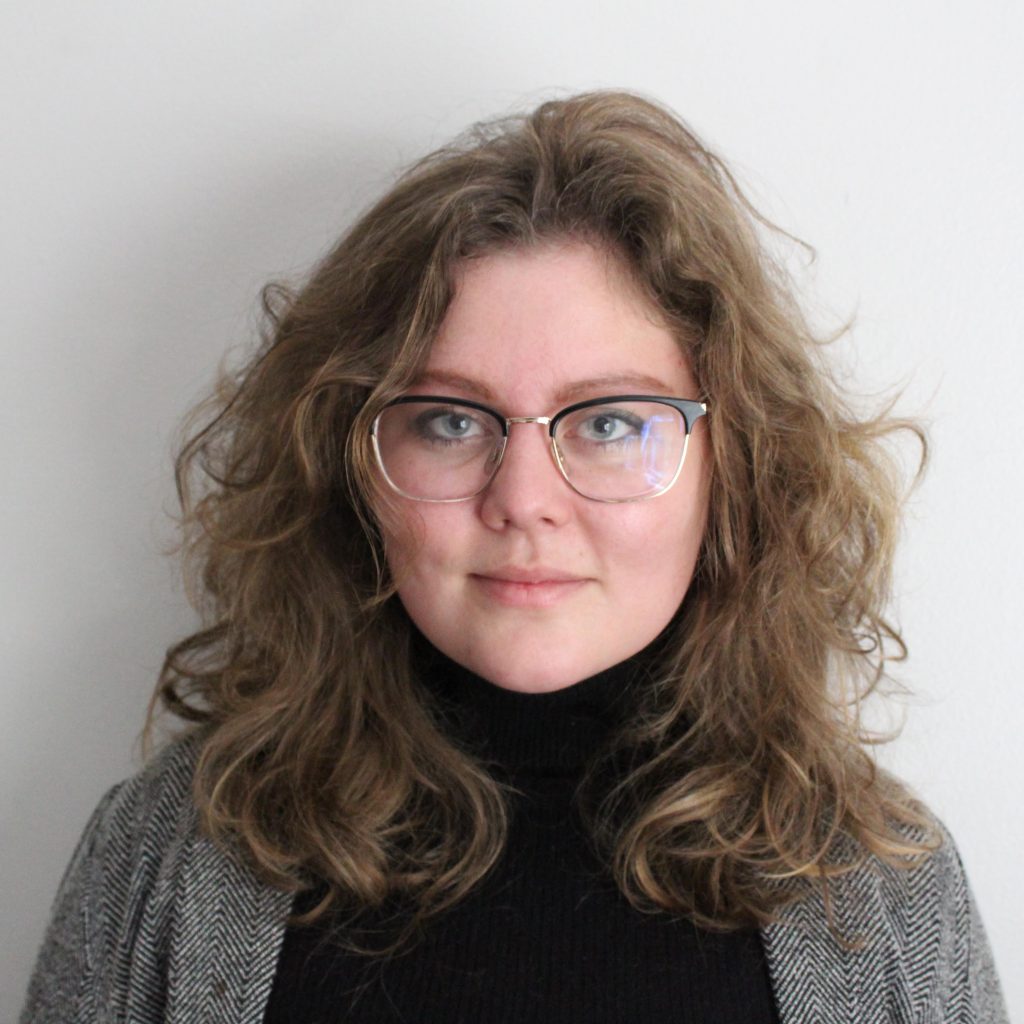 Sarah Calderone graduated from Drew University in 2013 with her Bachelor of Arts in political science and Russian studies, writing her honors thesis titled “В чужой монастырь со своим уставом не ходят: Understanding Russian Foreign Policy on Humanitarian Intervention.” In 2014, she received a Fulbright grant to carry out her independent research project in Ekaterinburg, Russia, on integration efforts for migrants from Central Asia. In 2018, Sarah earned her Master of International Affairs from Columbia University’s School of International and Public Affairs and Certificate in Russian and Eurasian Studies from the Harriman Institute. During her time at SIPA and Harriman, she researched transnational issues in the Eurasian region, including Russian foreign policy, governance, and migration, and conducted research trips to Russia, Kazakhstan, and Estonia. Sarah has worked at the Institute of Modern Russia and interned at Human Rights Watch, Carnegie Moscow Center, and Eurasia Group. After completing her graduate studies, she worked as a political risk analyst on Russia and Eurasia, and she recently began her Juris Doctor at Rutgers Law School, where she plans to focus on transnational law.

Sarah began learning Russian in middle school and continued to study the language in high school, competing yearly in The Olympiada of Spoken Russian, an annual series of state and regional competitions for high school students studying Russian. She won the competition in her junior year. These competitions were held at Drew; after seeing the beautiful campus each year and looking to continue her Russian studies, Sarah decided that Drew was the right college for her.

Sarah knew that she would create a special major in Russian Area Studies. After taking courses on international law and international human rights with Professor Johannes Morsink, she decided to also take on a political science major.

Sarah completed the full Semester on the United Nations that included two classes and an eight-credit internship with the Europe and Central Asia division at Human Rights Watch, combining her interests in Russian and human rights. She also worked as a peer mentor and peer tutor, and served as corresponding editor of the Drew Review, president of the Russian Club, and chair of Drew’s ACLU chapter. As a first-generation college student, she was grateful for the mentorship and guidance of Russian Professor and Program Director Carol Ueland, who played an integral role in helping her to develop her regional focus, and Political Science and International Relations Professor Carlos Yordan.

She looks back at Drew fondly; she looked forward to new classes each semester, and she made good friends that are still in her life. Sarah said, “If it were not for Drew, I wouldn’t have had the opportunities I ended up having. Drew really shaped me.”

After graduating from Drew, I did project management for a nonprofit organization focused on human rights advocacy in Russia. I enjoyed the work, but I realized that I wanted to be doing my own research and applied for a Fulbright grant. The only other time that I had been abroad was the summer between my junior and senior year, when I won the US State Department’s Critical Language Scholarship. I was the first person in my family to get my passport, and this scholarship brought me to Vladimir, Russia, for two months.

I received the Fulbright research grant, and I pursued a ten-month project in Ekaterinburg, Russia, focused on integration efforts for migrants from Central Asia to Russia. I was interviewing heads of organizations and centers that work with and provide social and legal aid to arriving migrants. In addition to building my body of research, the experience also confirmed that I wanted to focus on this region for the rest of my career. More generally, I gained unparalleled insight into Russian society and made friends and contacts for life. Because of my interest in continuing to conduct research on the region, I decided to apply to graduate school, and SIPA had always been my top choice for its policy focus and proximity to the Harriman Institute.

How has your master’s degree helped you in your career?

My master’s degree led me to work in political risk analysis and now to law school. While at SIPA, I also completed a certificate at the Harriman Institute, Columbia’s institute for Russian and Eurasian studies. My classes, training, and research at SIPA and Harriman further developed my regional focus and directly contributed to my work as a political risk analyst. Over this time, I also realized that it would be important to expand my skillset to include legal expertise. This semester, I began my studies at Rutgers Law School. It’s a law school that is known for its progressive approach, and I am excited for opportunities to focus on transnational law and apply my regional knowledge.

Could you discuss your work with the Government of Estonia.

This work was part of the SIPA program. Instead of a master’s thesis, SIPA students complete capstone consulting projects with clients. My capstone project involved advising the Government of Estonia on global strategies as it sought election to the UN Security Council. As part of the project, we traveled to Tallinn to interview government and business leaders.

What did you do as Russia/Caspian Analyst?

I conducted research and analysis on political and economic developments in Russia and other post-Soviet states, including Kazakhstan and Kyrgyzstan. I enjoyed the work, as I was able to draw regional connections and use my Russian language skills every day.

What do you think is the key to your success in this field?

I think it began with my early interest in Russian. It was a significant interest as a teenager that grew and eventually led to my regionally focused career. But that could not have been done without the guidance and support of mentors, both at Drew and beyond, and encouragement from family.

What advice would you give to students interested in a career in international or regional research and analysis?

Seek out research and other learning opportunities. When you write your papers, focus on topics you enjoy. Also keep up on developments in regions of interest and be able to form ideas on how and why those are happening. It is useful to know sectors and have concrete skill sets, like data analysis or law.

What career would you like to attempt other than your own?

I love cooking, so in a parallel universe, I would consider becoming a chef, or combine that with my current interests as a travel writer. It would be great to talk to people and describe the history, politics, and food of areas.

Before the pandemic, I was contemplating trips to South America and Africa; Colombia and Namibia were at the top of my list. I would also like to pursue further research in the post-Soviet region. I’ve already been to Russia, Kazakhstan, Estonia, and Georgia, and I would always love to return to those countries. But I’d also like to visit Kyrgyzstan and Ukraine.

I made it to Russia’s Far East before our own West Coast. Before my more recent visits to Vancouver and San Francisco, the closest I got to the Pacific Ocean was during my time in Russia. I traveled across the country, including to Vladivostok.