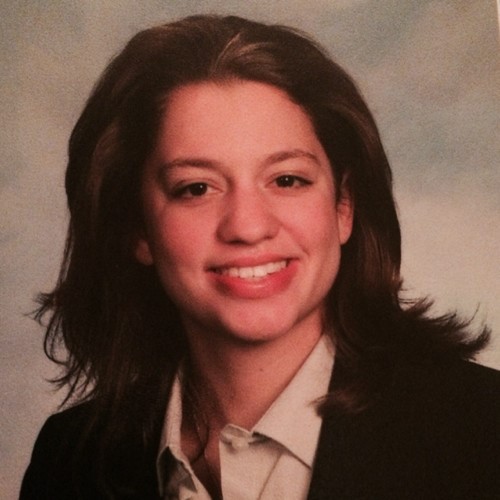 Dana Colon was on social media platforms long before they were popular.  She had Myspace early on and was on Facebook, Twitter, and Instagram when they were first introduced.  She knew it would be great to get paid to work on social media. She majored in Sociology at Drew because she felt it would help her in social media marketing and she was right.  It’s been incredibly valuable in her job as a Digital media professional. After working as Search Marketing Coordinator at Greater Than One and Senior Specialist – Paid Social for UM Worldwide, she moved to Disney Streaming Services where she’s worked for two years as Senior Manager of Paid Social. In this role she successfully implements paid social strategies to create high impact campaigns that drive subscriber acquisition for ESPN+ and Disney+ across platforms including Facebook, Instagram and Twitter.  Dana couldn’t agree more with Mark Twain’s famous quote, “Find a job you enjoy doing, and you will never have to work a day in your life.”

THE BENEFIT OF DREW

Dana grew up in West New York and was attracted to Drew for a variety of reasons, but was interested in becoming an English teacher so Drew’s accelerated Master’s M.A.T. program was a real draw.  After taking one class in Education she realized it was not for her.  It was in Dr. Kesha Moore’s Intro to Sociology class that she realized that Sociology was the best major for her.  She was interested in social media marketing as a career and thought the study of Sociology would be helpful in this work.

Dana played sports all through high school but she wanted to take a break from sports at Drew, that was until the Lacrosse coach asked her to join the team her junior year.  As a natural athlete she picked up Lacrosse quickly and really enjoyed playing Lacrosse her last two years at Drew.

Another favorite memory for her was seeing all the theatre department shows. She always appreciated the arts, and since her roommates were theater majors she reveled in supporting this community. She is happy knowing that so many of her friends have ended up working in the entertainment industry.

What was your first job out of college?

I got a job doing search engine marketing at a super small agency Greater Than One in SoHo.  My first step into advertising was in performance based marketing. I cut my teeth here and learned algorithms and the basics and fundamentals of marketing. I did a year and a half there and as it goes with advertising agencies people usually bounce around until they land at a more stable company in in-house marketing.  Similar to what I do now. After that job I went to Universal McCann and I stayed there for around 2 years running paid social for large scale brands.  I did a stint with BMW and assisted with Hulu and my last account was running paid social for Spotify. I led the Latin American music and podcast verticals. Companies employ agencies to advertise multiple aspects of their businesses.  We would advertise the new albums on Spotify tand drive new subscribers to sign up and stream the latest tracks.

What attracts you to the field of marketing?

At its core it doesn’t feel like work.  It feels like I am running social media about something I care about especially being at Disney Streaming and working across Disney Plus and ESPN Plus. I grew up an athlete and I am obsessed with sports, also a super Marvel and Star Wars nerd, so this is a dream job for me.

How did you get your job at Disney Streaming Services?

When I was working at Universal McCann, I was looking for opportunities in-house so I wouldn’t have to worry about being on accounts that did not want to renew with the agency. I wanted job security, better hours and a better work life balance.  I had an offer to do paid social for Goldman Sachs. I ended up being at that position for 30 days before a recruiter reached out to me to say Disney was interested in me. A week and a half later I was working at Disney.

Can you explain what ‘paid social’ means?

There are two types of social media.  Organic is community building.  Those are the influencers, people who manage content  calendars.  They’re responsible for curating the look and feel on the profile to align with the brand voice. What I do is paid social.  I’ll amplify these posts or create new ones and target a specific audience based on interest and behaviors to reach the desired business outcome.  In this case I drive users to sign up for Disney Plus and ESPN Plus.

What are some of the challenges and highlights of your work?

The current challenge is that we are suffering from success. Just because people are familiar with a popular product does not mean that they will buy into it.  My job is to educate the consumer by showcasing all of the great content we have on the platform.  So one day users might see something with all of our brands on it, another day it might be a specific title that they’ve previously interested in.  The more relevant the content, the higher the chance of conversion and social platform algorithms have a unique ability to understand user behavior and create audience segments for advertisers to reach their ideal customer.  Growing the Paid Social team over the past 2 years has been a great highlight in addition to launching Disney+ back in November 2019

I love all aspects of social media marketing, but prefer paid performance to organic community management for the work-life balance. Now that we’re in Covid-19, and in quarantine, our overall viewing behavior and entertainment companies viewership is shifting big titles to streaming.  This change in behavior puts streaming services in unique positions to capitalize on.  We’ve been busy with various country rollouts and being busy is good.

What do you think is the key to your success in your field?

I think part of it is being able to say I was on Facebook from the beginning or on Snapchat before it was cool.  I’ve seen it go from nothing to the behemoth that it is. That’s what keeps me on my toes and reading up on new apps.  TikTok is new and cool right now because it is so different from Facebook.  Personally, I’m a Twitter fan and have had the privilege of seeing it evolve over time.  It’s also great for me as a sports fan, whether I’m looking for stats or commentating with fellow fans.

What advice would you give a student who is interested in a career in social media marketing?

Internships! One of the main reasons I didn’t do an internship is that I didn’t know what I wanted to do.  Advertising in social media wasn’t a thing at that time. I wanted an internship that would be useful to me.  So I would highly recommend taking an internship the earlier the better.  Use the 4 years to figure out what you don’t want to do and let that guide you to know what you want to do.  Sounds boring but find a way to consume news in a trustworthy way and read and find different news across different verticals.  Read a little bit of finance, read about the arts, read about social to see what motivates you.  See what your friends are doing.  Talk to your professors about these things to see what resonates with you. One of the things I wished I had done more, is that I talked to my professors more.

Back when I was at Drew we didn’t have Media and Communications so I would say take those classes.  If you want to get into social media, sociology is great.  You learn to understand inner groups, and how these platforms define user behavior because that’s what powers these algorithms. Once you have the baseline of behavior and you can anticipate what it looks like on a social media platform that unlocks so many things.  Knowing how to apply your learning is key so internships and a balanced course load are a great way to start.

If you could attempt any other career other than your own, what would it be?

If you could travel anywhere in the world tomorrow where it would it be?

Hawaii.  I am a big fan of marine life and Shark Week.

When I was at Drew the Women’s Lacrosse team was invited to be part of the halftime show of the Superbowl in 2014.

Outside of that, I live in Brooklyn and enjoy traveling.