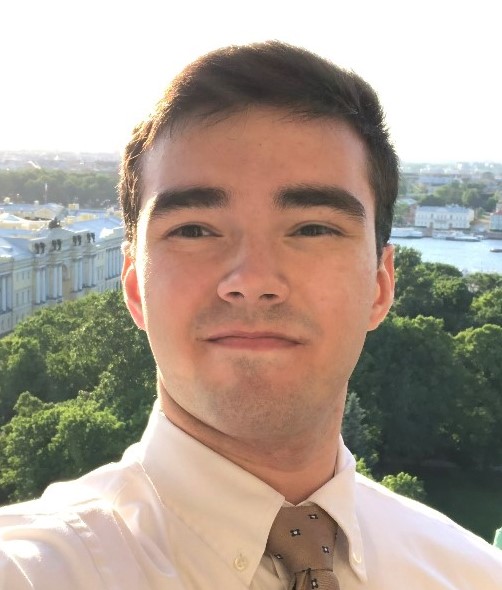 I loved the general environment, including how friendly everyone was on campus. I visited Drew on a tour one summer and came back months later for another tour and I was so impressed that someone from Admissions remembered me by name.

I wanted to major in theatre because in high school I loved being part of plays and musicals.  It was a way to express myself while entertaining people and telling a story.  I loved evoking emotions in our audiences.  I knew I wanted to continue having that experience going forward in college and really enjoyed performing for other people.

What plays and/or musicals have you performed in?

In high school I was in The Laramie Project by Tectonic Theatre Project, Is He Dead? by Mark Twain (painter Jean-François Millet), in Lord of the Flies  (Jack Merridew), and All in the Timing. As far as musicals, I did Beauty in the Beast (LeFou), Rent, and High School Musical.  At Drew I was in King Lear, participated in two Out of the Box festivals, The Waiting Room (Douglas), and recently I did SnapShot directed by Liesl Eppes C’21.

Why did you decide to double major in political science and philosophy?

I always had an interest in philosophy.  In high school I took a couple of ethics courses and decided to take an ethics course at Drew during my first semester and I loved it.  When it comes to political science my favorite sub-field is political theory and political philosophy.  I realized that I enjoyed reading and discussing philosophy.  This past summer I took a Philosophy of Religion course with Dr. Lee and that sealed the deal.  What I like about philosophy is that I’m able to explore the most profound questions about the human experience.

You are currently in the United States Army Reserves. What inspired you to join? 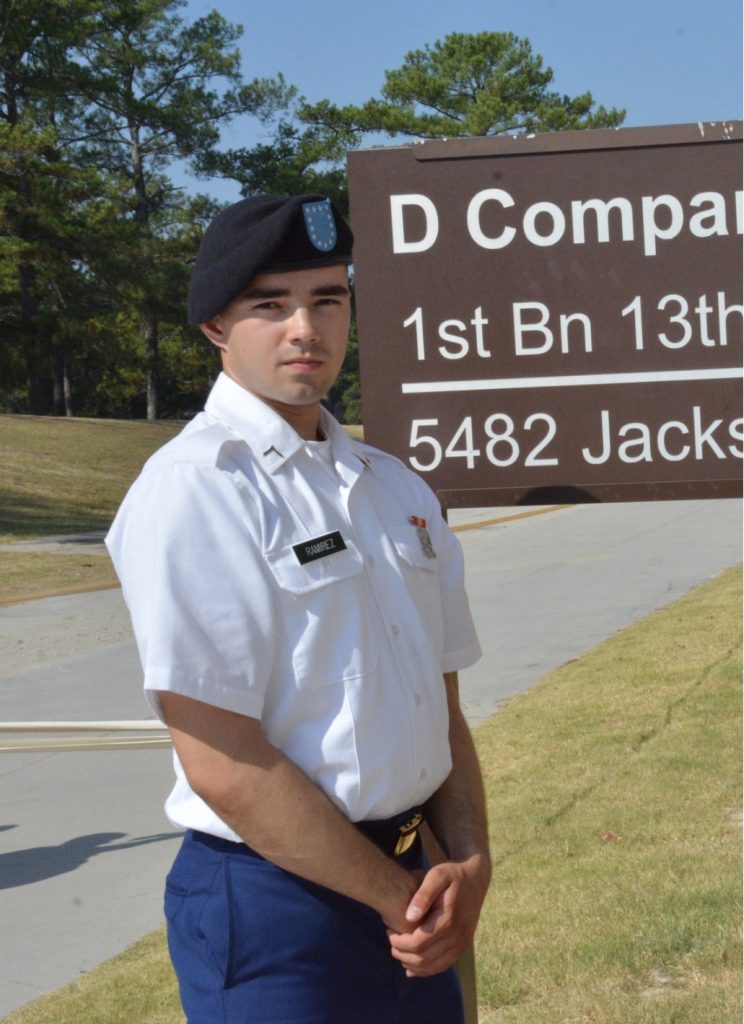 I always wanted to join the military since I was young.  My father was in the army for 9 years and my grandfather was in the army in the Dominican Republic.  My grandparents are immigrants from Cuba and Dominican Republic and for this reason the U.S. means a lot to my family.  I wanted to serve my country and defend the freedoms we all love and enjoy. I joined in December of 2018, and trained from July 2019 through December 2019. Now I train one weekend a month and two weeks a year at Fort Dix. Training puts you in the army mindset where you are working with others towards a common goal.  We tend to be more individualistic which has its pros and cons, but one of the things they drill into you in training is that we’re all in this together.  If one person fails, everyone fails. We all need to succeed together.

Philosophy professor Dr. Seung-Kee Lee has been a great mentor. We have had great conversations on philosophy and theology and he’s helped me to think deeply about my ideas.  Another mentor is Theatre Professor Chris Ceraso. He is my theater advisor and he has given me so much guidance in acting and theater in general.  He has a brilliant mind for acting and just being able to gain insight from him on what works or doesn’t work has been an invaluable asset.

Have you done any NYC or shortTRECS or have you studied abroad?

In May of my first year I did the Ella Theatre nycTREC.  Professor Chris Cerasso had been working on a musical on the life and times of Ella Fitzgerald and we went into the city for a week to be part of the staged reading of the play. I was an Assistant stage manager for the play and it was a great experience.

My second nycTREC happened this past January of 2020 . We saw shows in NYC and we worked with one of the members of Tectonic Theater Project who introduced us to how they devise theater through Moment Work.  It’s a different and unorthodox way of working in theater, but I greatly enjoyed it.

My last shortTREC was “National Identity and Visual Culture in St. Petersburg, Russia.”  It seemed to blend well with my interest in political science.  It was a great experience to talk to Russians about Russian and U.S. relations and I loved seeing the architecture of old palaces where emperors and czars lived. It was an incredible experience.

One thing that I am troubled with is the increasing polarization between people of different views.  It’s not just exclusive to the U.S. There is this tendency that if people disagree with you on certain things, there’s an automatic demonization of people.  They can’t separate the ideas from the person themselves. Growing up in a Christian household, we separated the sin from the sinner.  This doesn’t seem to be the case anymore.  You are the sum total of your views.  It’s easy to say others are “less than” just because of what they think.  This strong polarization where people are labeled x, y, or z or intrinsically evil because they think a certain way, is scary at the moment. Also social media and technology, although they are great tools for communicating with people, are causing much more of a division because people are in their own echo chambers online. They block who they disagree with and follow who they agree with. Then, in person, they don’t know how to interact with people they disagree with.

What are some of your favorite memories of Drew?

Besides the nycTRECs and the St. Petersburg shortTREC to Russia, which was amazing, being involved in The Waiting Room, my first year was definitely a highlight. Part of the reason is that we performed that play in The Shakespeare Theater on campus.  We took field trips to this theatre when I was in elementary school so it was a surreal moment being on stage. It felt like things had come full circle.

The number one advice would be to balance your time wisely.  Realize your limits. Balance between working hard and also knowing when to make time for yourself and for your mental health.  Decompress and spend time with friends and family.

I want to teach philosophy and theology at the university level. I hope to write and publish books and make a substantive contribution to this field.  In 5 years I hope to get my PhD or be working towards completing it. I also hope to have gained some teaching experience at the high school level, teaching either religion, social studies or government. Another goal of mine is to be involved in politics and potentially run for public office.

I have a second degree black belt in Shotokan karate. 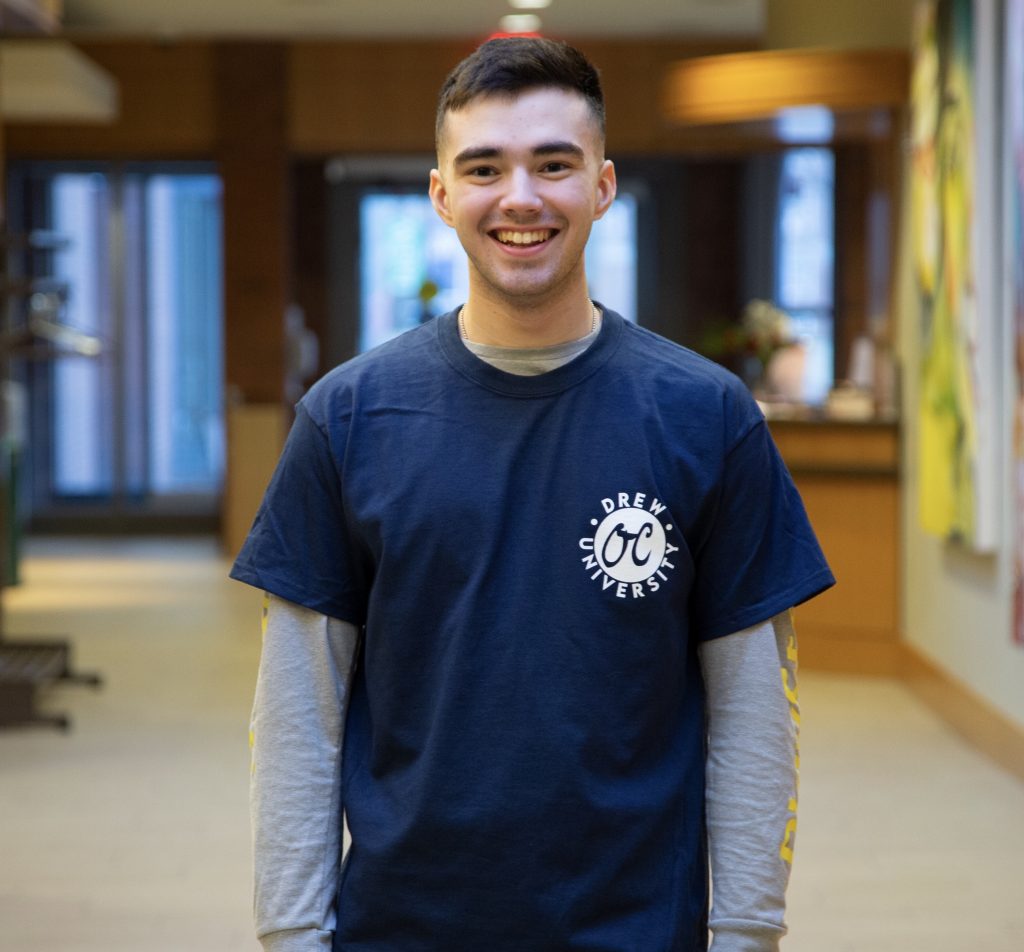