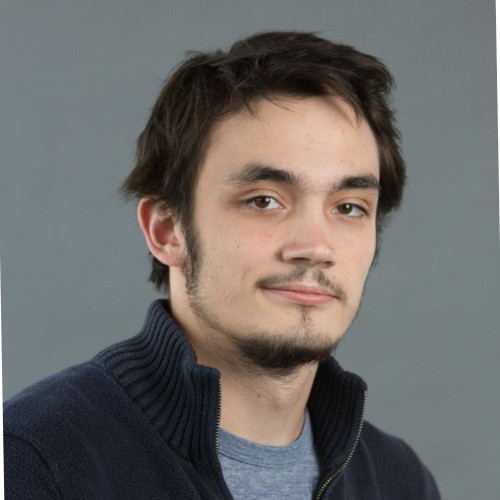 I was born and raised in Moscow, Russia and moved to the U.S. when I was 14 to attend Millbrook School in New York.

I liked that it had a lot of features that I was used to at Millbrook, such as a beautiful campus, a smaller size and an emphasis on community service.

Going into college, I knew I wanted to study Philosophy but my plan was to have two majors, one for the soul (Philosophy) and one for the job. I originally wanted to just minor in Computer Science as I knew the skills it taught were in demand, and I’ve always been good with computers. However, in my first year I discovered that the discipline is nothing like I thought it would be. Rather than being the cold, numeric field of study I anticipated it to be, it turned out to be a creative one. The ability to create whatever I can imagine had me hooked, and Computer Science soon evolved from being a financial safety net to my primary academic passion.

Why did you choose philosophy as a major?

My original draw to philosophy was in great part due to its general nature of inquiry. Where many other disciplines hyper specialize in what they research, philosophy approaches life as we actually experience it. To exemplify this, if it was not for philosophy, I would have probably studied biology as I have been enamored by evolutionary theory since my youth. However, when studying biology you must devote an immense amount of time to super specific bodies of knowledge that are inapplicable outside of their academic purpose. On the path to studying population dynamics and selection sifting, you also must learn organic chemistry and what a mitochondria is – despite the fact you may never use that knowledge in your life, ever. Philosophy, on the other hand, looks at things from a top down perspective. It guides you to ask questions like, what is my world? How do I interact with it? What is my place in it? What does it mean to do well? I decided to study it as I wanted to live a fulfilling life and I knew even just pondering these questions would have a long lasting positive effect. It was, as I said before, for my soul. I then realized that philosophy also deals with a lot of more scientific topics like epistemology, the study of knowledge, and metaphysics, the study of reality. This led me to having a breakthrough moment my freshman year when I first saw the intersection of computer science and philosophy. What I found in that intersection is something I don’t think there is an established name for yet. Referred to some as “information science” and others as “systems science”, it is the study of how abstract entities behave when put together in complex systems. Computer science studies how these complex systems can be encoded in physical computing devices and their behavior after the fact. Philosophy studies these systems as we encounter them in our everyday lives – in experience, belief and opinion. Combining the two disciplines allows me not to just study how to make websites or debate what kind of government is best, but take a peek into the very essence of how our world works.

I did an internship as a research collaborator at the Digital Humanities Institute at Drew the summer of 2019 where I worked with Computer Science Professor Dr. Ziyuan Meng on exploring the influence of Immanuel Kant’s Transcendental Aesthetics theory on computer science, specifically the modern computational framework. I was being paid to study what I loved which I enjoyed very much.

This past summer (2020) I worked remotely as a Software Engineering Intern for a company called A Free Bird, where I built the back end of the organization’s website from scratch using the Django framework, refactored existing front end code, managed the project repository, wrote documentation, and more. This was my first real industry software related experience. It was great. My original task was just to rework the website, but soon I was able to take charge of the entire project. I have established many development practices and architectural foundations that are still being used after my departure.

Philosophy professor Dr. Seung-Kee Lee is a close mentor of mine.  He has been there since the beginning of my career.  He’s great.  On the computer science side, I would say Dr. Ziyuan Meng and Dr. Barry Burd.

The biggest danger in the world to me is dogmatic thinking.  A prevalent and powerful issue in modern society is the fact that we have developed such complicated and advanced means of inter-connectivity that our culture has not yet caught up to it.  A lot of it has to do with the grey nature of progress which means all the great things that technology brings go hand and hand with the bad ones. The most glaring example of this is the death of nuance in modern discourse. With everyone having access to so much information, it is easy for all of us to persuade ourselves into believing we are experts on the things we know. After all, we spend so much time on Instagram/Facebook/reddit reading about them – how could we not be? This creates an atmosphere when disagreement is impossible. Consider an argument with someone you know.  You have a natural buffer for disagreement, because you know each other and have that social connection and commitment to each other. The respect you have for the other person forces you to consider their view and contemplate the possibility of you being wrong. But most of the dialogue people engage in today is with people you don’t have this type of relationship with and you do not have a social obligation to consider their stance.  This leads to today’s intellectual climate of thought bubbles and violent polarization. Each side only looks at the worst of their opposition and never leaves the comfort of their own worlds to consider why all these people might disagree with them. I see a lot of people who live in a society but not a community, those who live together but lost the means to coexist. This is not the way we were meant to live.

What is one of your favorite memories of Drew?

One of my favorite memories is walking loops in the arboretum.

Make stuff. Your degree only matters if you do something with it and it doesn’t have to be your job. For instance, I’ve been programming a lot.  I’ve made games and websites and that alone has taught me more about programming than basically every programming class I’ve taken.  Trying to make philosophical arguments have taught me more than reading them. My advice is, if you want to do something, just do it. Ultimately, talent and intelligence are made up things.  You have to do something over and over and you will get better.  In the end if you’re making things you’ll have something to show with value that no one can take away.  But if you expect value to be handed to you, you won’t make it far. If you do something yourself, you’ll be firmly ahead of everyone. We all have the potential to be great. People are not born, they are made.

My dream has been constant in that I want to do research and development. What interests me is not exploring existing avenues but finding new problems to solve.  My more immediate plan is post-grad work and, hopefully, an opportunity to work in the computer science industry as a software engineer.  I’ll be able to use that work experience and time to support myself through post-grad studies. I heard this quote by Marco Aurelius recently and it has inspired my goals.  It goes, “A bee after harvesting honey, a dog after a hunt, a horse after a race, and a human being after helping others.”  What I want to do is be who I am and put myself in a place where who I am can help others.  It is my hope that this will be applying my ideas to the real world.

I love speculative evolutionary science and I love to draw.

Check out my GitHub for my software projects! 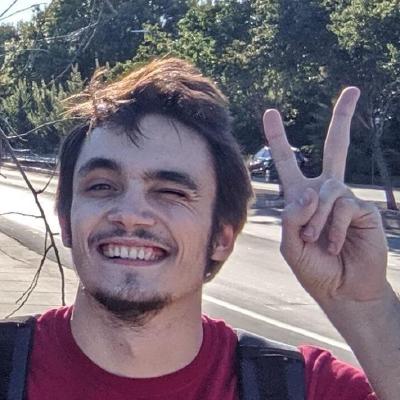