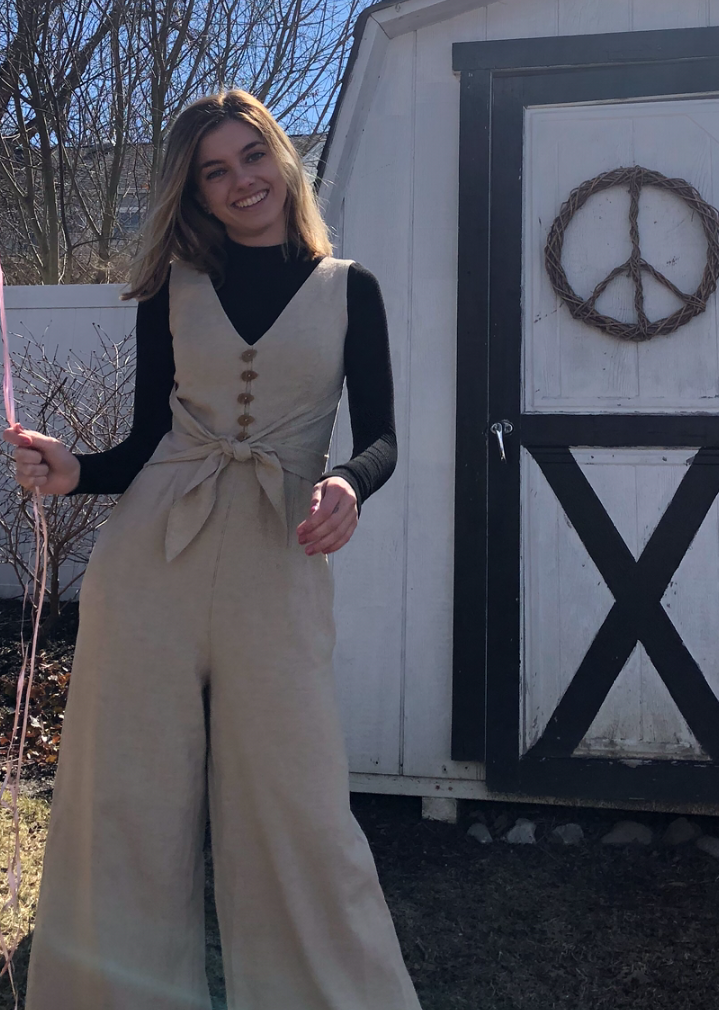 Drew was on my radar for a long time.  My first impression of Drew came when I was in grade school and I went on a campus tour with my older sister Megan, who ended up graduating from Drew. At the time, I liked that it was named Drew like Nancy Drew.  Then, of course, over the years I got to know more about Drew because of my sister, and I loved how, because of Drew’s size, it is very easy to make connections with professors and get hands-on research opportunities.

What made you choose Biology as a major and Public Health as a minor?

I had a strong sense that I would major in Biology since it was always my favorite class and I had an idea I might want to go into the healthcare field. This was confirmed as soon as I stepped into my Biology 150 lecture with Dr. Tammy Windfelder and lab with Professor Paris Scarano.  I knew right then that I was a Biology major.  My sophomore year I did the Morristown Medical Center Undergraduate Mentor Program where I shadowed the doctors in the Emergency Department. Both this internship and Biology 150 confirmed not only my major, but also my career in medicine.

I chose a Public Health minor after taking the course Introduction to Public Health. I developed a strong interest in this subject and found it very timely since we are currently living during the greatest public health crisis of modern times.  I also thought Public Health went well with Biology as they both overlap on many topics and fill in the gaps that the other does not cover.

In the spring of 2019, I did the Morristown Medical Center Undergraduate Mentor Program and it was very insightful to see the behind the scenes aspects of the Emergency Department.  Through shadowing the doctors, I learned so much. They not only answered all of my questions, they also gave me feedback after every shift I had.  Hearing their perspective of me was incredibly valuable.  Also, I took advantage of being around the resident doctors for hours at a time and asked several questions pertaining to medical school.  As I mentioned before, this internship was confirmation that I wanted to be a doctor.

During the summers of 2019 and 2020, I was a part of the Drew Summer Science Institute (DSSI) with Dr. Choquette.   Back in 2019, as one of the members of the Choquette lab, we synthesized samarium diiodide and used this valuable reagent in reduction reactions.  I was very excited to work with samarium because it is not commonly an element that is first to come to mind when thinking of the periodic table. Samarium is also reactive to oxygen and water, so we worked with a Schlenk line to prove that smaller universities can work with a reactive reagent without using expensive inert atmosphere equipment, such as a glovebox. We were successful in synthesizing samarium diiodide and running it through reactions. This lab was such a wonderful experience for me because samarium’s sensitivity allowed me to use specialized equipment and I feel so lucky to have been given this research opportunity as an undergraduate. I now can unequivocally say that samarium is my favorite element. During summer 2020, DSSI was online, so I took the opportunity to search for literature concerning cool-down reactions with samarium diiodide, as this was a topic that I became very interested in 2019.

After DSSI 2020, that same summer Dr. Choquette invited me to be a part of the Remote Supergroup for Chemistry Undergraduates (RSCU). Because of the pandemic, a lot of internships were canceled, so Dr. Choquette and professors from various colleges and universities formed a group of composed of 33 chemistry research groups from 17 undergraduate colleges and universities in the US. Professors and students discussed their research projects, and we also discussed the importance of inclusivity in science. It was a wonderful experience! 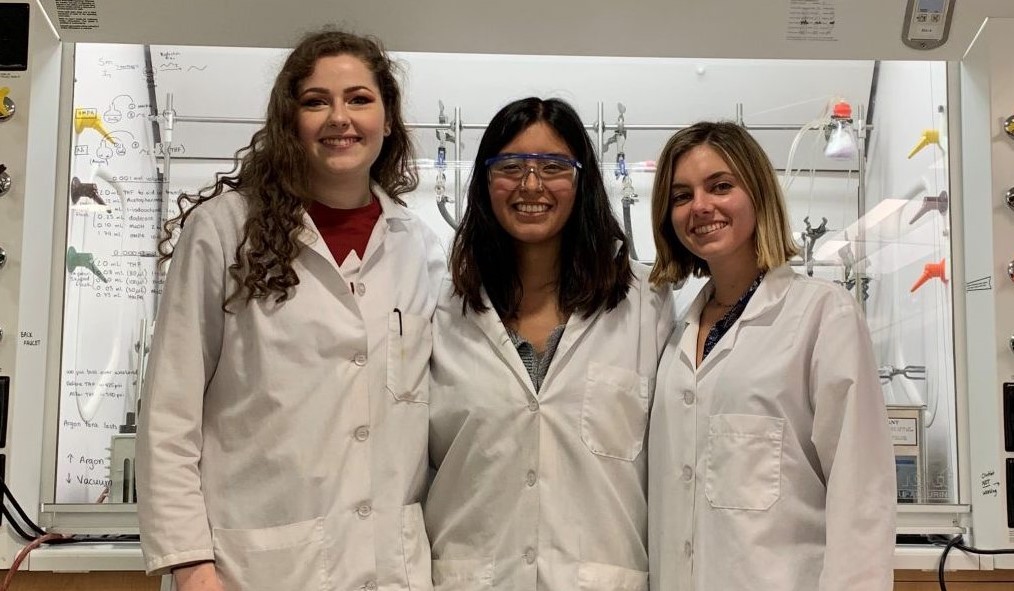 I was very lucky to find one of my mentors on the first day of class my freshman year: my advisor and Professor of Biology Dr. Tammy Windfelder.  She is my guiding light at Drew.  Dr. Windfelder guided me in my academic endeavors and entrusted me to be her supplemental instructor and online learning fellow for Biology 150. She instilled confidence in me that I could be a doctor and helped me believe in myself and my capabilities.  I knew I wanted to be in the healthcare field, but she is the one who pushed me further. I will forever be grateful for her.

Dr. Choquette is another mentor of mine. Organic Chemistry is a challenging course, but when I approached her and asked if I could be in her research lab after I took Organic Chemistry I & II with her, she was so encouraging and allowed me to work in her lab. She never doubted me in the process, and because of her, I had such wonderful lab experiences through Drew Science Summer Institute and the Remote Supergroup for Chemistry Undergraduates.

I was never interested in politics until my first year at Drew, when I became acutely aware of how many issues that are central to our lives are tied to politics.  I feel it is so important for everyone to pay more attention to what is going on politically.  As a Biology major and Public Health minor, I have been watching our government’s handling of COVID-19, and I see the widespread distrust of science.  I saw topics that my professors taught me be completely dismissed in this country-wide attack on what I spent almost four years of my life studying.  As a future doctor, I know future patients of mine will be impacted by these political issues.  I knew I needed to do something, so I became involved with the Drew Student Voter Project. I gave presentations on Zoom to freshman students in science to provide information on how to register to vote, where to vote, and where to find voting information by state. I also sent the presentation to other science classes because I wanted to make sure that as many students as possible had all this important information.

My favorite Drew memories were times with friends such as going on walks in Zuck Arboretum, getting dressed up and dancing at Holiday Ball, drinking hot tea while sitting in BC Lounge, and late night stops at the C-Store.

Your time at Drew will go by very fast, so enjoy it. Know that everything will fall into place, so do not stress yourself out unnecessarily.

I will be applying to medical school this spring, so in five years I hope to be finishing up my fourth year of medical school and getting ready to start my residency.  I am still considering different specialties, but as of now, I am thinking OB-GYN or Dermatology.

2.      I love watching old movies (Audrey Hepburn, Cary Grant, and Vivien Leigh are some of my favorite actors).

3.      Milk chocolate is my go-to snack. If you ever had class with me, you have probably noticed that.

4.      Pottermore says I am a Slytherin, but I like to think I would be a Gryffindor if I asked the Sorting Hat.