How Listening to Music at Work Affects Your Productivity 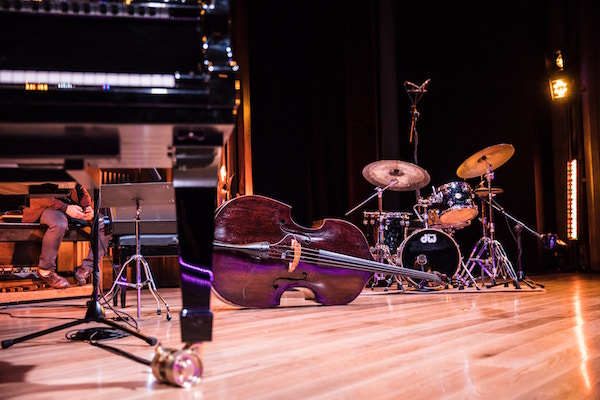 How Listening to Music at Work Affects Your Productivity was originally published on Vault.

Whenever I have a hard time focusing on a repetitive work task such as inputting data into an Excel sheet, I find that when I listen to music, particularly upbeat music I know well, I’m able to focus more intently on my work and complete it without too much complaint. It would follow, then, that the music is making me more productive. But is it really?

In biological terms, melodious sounds help encourage the release of dopamine in the reward area of the brain, as would eating a delicacy, looking at something appealing or smelling a pleasant aroma, said Dr. Amit Sood, a physician of integrative medicine with the Mayo Clinic. People’s minds tend to wander, “and we know that a wandering mind is unhappy,” Dr. Sood said. “Most of that time, we are focusing on the imperfections of life.” Music can bring us back to the present moment … [And] it takes just 15 minutes to a half-hour of listening time to regain concentration. Music without lyrics usually works best, he said.

Another expert on the matter, Teresa Lesiuk, a music therapy professor at the University of Miami, agrees that it’s the mood not the music that matters.

Dr. Lesiuk’s research focuses on how music affects workplace performance. In one study involving information technology specialists, she found that those who listened to music completed their tasks more quickly and came up with better ideas than those who didn’t, because the music improved their mood. “When you’re stressed, you might make a decision more hastily; you have a very narrow focus of attention,” she said. “When you’re in a positive mood, you’re able to take in more options.”

As for why music without lyrics works better than lyrical music, there’s science behind that as well.

Since listening to words activates the language center of your brain, trying to engage in other language related tasks (like writing) would be akin to trying to hold a conversation while another person talks over you … while also strumming a guitar.

However, studies show that listening to new music, music you haven’t heard before and don’t know if you like yet, isn’t ideal since your mind will be focusing too much on what comes next in the music. Whereas when you listen to music you know well and like, you won’t be losing this type of concentration while listening.

Studies also show that when you’re performing very difficult tasks—those that are new or complex—lyrical music, as well as music of any kind, should always be avoided.

When it comes to absorbing and retaining new information, distraction in any form is a huge no-no … music is no exception. Music demands too much of your attention—even when the sounds are subtle—to be listened to when you are trying to learn or analyze new information. Imagine trying to “read above your level,” or reading material that is outside your expertise, while being pulled away by the sound of music. It makes an already difficult task nearly impossible.

All that said, it’s important to note that different things work for different people. And so, it makes sense to find out what works for you, and what doesn’t, in order to maximize your productivity.

For example, this is what I’ve found works and what doesn’t for me: 1) As mentioned above, upbeat music I know well (David Bowie, The Beatles, The Velvet Underground, Talking Heads, Radiohead, Fleet Foxes, just about anything from the 80s) helps me focus when performing simple and repetitive tasks; 2) Certain lyrical music, especially singer-songwriter material (Bon Iver, Bob Dylan, Sufjan Stevens, Diane Cluck, Elliott Smith, Father John Misty, Midlake), helps me regain my focus before I start working on something immersive, but listening to lyrical music during an immersive task is very distracting so I don’t do it; 3) Instrumental music such as jazz or classical can help me perform creative tasks (I listened to jazz saxophonist, flautist, and bass clarinetist Eric Dolphy while writing this blog post, but I turned the music off while editing it, since editing is, in part, listening—to the rhythm and music of the words—and so it’s not ideal to have any auditory distractions while doing that); and 4) When performing very difficult and complex tasks, complete and utter silence is ideal; but, if that’s not possible, say, I’m working in an open-office setting, then second best involves turning off the music, leaving my headphones on, and letting the sounds around me fade into the background.