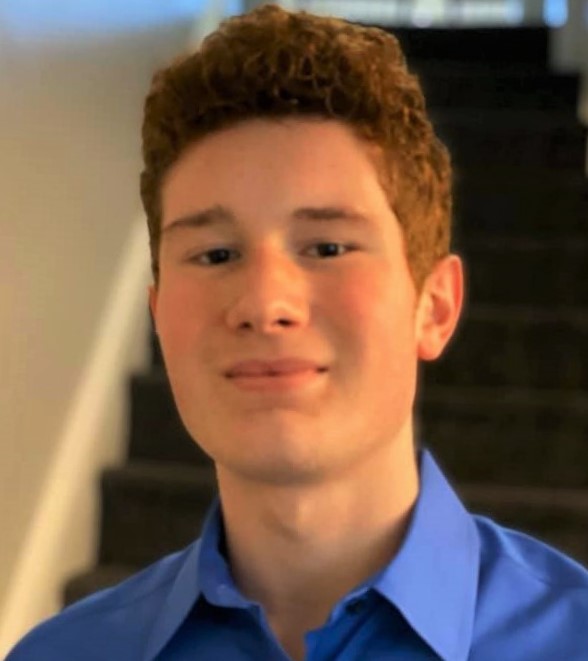 I was told by a few friends and family members to go for a tour, but it was the long-standing legacy of the University and its proximity to the city and the opportunities that come with it that really sold me. You can really tell after being on campus for a bit that the people at Drew are committed to academic excellence and do everything in their power to set students up for success.

I thought I wanted to major in mathematics, but while sitting in class one day I thought to myself “Gee, I can’t do this for four years, let alone the rest of my life”. I believe this is why so many other students tell Freshmen to take many different courses: either to have this sort of realization, or find something that resonates with them.

What made you choose Philosophy as your major?

While I was exploring practically every major available, the critical thinking and thought-provoking questions associated with philosophy really struck a chord with me. I decided to take an introductory course in the Spring and the rest is history.

Similar to the math major idea, I thought I wanted to do actuarial work, and even took several accounting courses in high school. I did quite well in them, but sometimes it takes a shake-up to realize that what you’re proficient in isn’t necessarily what you will enjoy.

In a non-Covid timeline I would say yes to this question, but unfortunately my job offer with a local art school summer program was revoked this year. Still, I didn’t let that dissuade me and ended up doing some work with my town’s local recreation department this summer.

Tell me about your involvement with Connect with Kids?

The first of my two big commitments at Drew is my position as president of Connect with Kids. I joined back in Freshman year simply because I love volunteering to support children, but in doing so I ended up climbing the ladder to Secretary and eventually President. Being a part of the club over the past three years has definitely helped me learn not only about event planning and how non-profits are organized but also about myself. I never thought I could become president of anything when I came to Drew, but it turns out that after putting in your best work and applying yourself day in and day out your goals start to line up.

I definitely wouldn’t be where I am today without the help of my advisor Dr. Darrell Cole and my Philosophy Professor Dr. Seung-Kee Lee. Both of them gave me guidance not only on courses and career options, but also on creating a plan to graduate in just three years. I didn’t come into Drew with many credits so it was a lot of hard work to put in, but something like that goes to show that you can accomplish anything you set your mind to.

It would be foolish of me to not mention Professor Alex de Voogt as well. I came up to him Sophomore year asking if he could devote some of his time and help me create a custom minor in Industrial-Organizational Psychology, and he gave me his full support. Getting that proposal approved by the Committee on Academic Policy and Curriculum was no easy task, and I couldn’t have done it without his guidance.

It’s difficult to boil things down into a singular issue. I think that what many problems in the world have in common is that they impede or prevent someone’s full potential. Imagine the amazing things that people could do if all these issues weren’t as prevalent.

In addition to the outdoor events and hanging out at friend’s dorms that other students have mentioned, I also enjoyed the minutiae of everyday life on campus. Even doing regular things such as going to the C-store, taking a walk into Madison, or exploring the buildings on campus were exciting with friends around. Of course, the capture the flag games we would set up on Friday nights were also a blast.

If you have any ambitions early on, the best advice I have is to simply act on them, act on them early, and act on them even if you think it’s a long shot. I wasn’t confident in nearly any of my aspirations when I first thought of them, but I put my foot in the door and started off by talking to the right person anyway. You will have many goals throughout your time at Drew that will seem like Hail Mary plans, but it turns out that when you work hard at them day in and day out, they end up becoming routine passes. As my high school teacher puts it: when there’s a will, there’s a way.

A big reason why I was so intent on graduating in three years was so that I could use the fourth year to really figure out which direction I wanted to take my career towards. I want to try out several things through internships; including sponsorship sales, youth non-profit work, and project management, so I hope to get my feet wet in some of those next year. I know I enjoy working alongside other people towards aspirational goals, so in five years I hope to be well traveled down that path.

I’m a big Mets fan and also enjoy writing up jokes on my legal pad. I hope to perform stand-up next spring and might have to consider that as another career route!