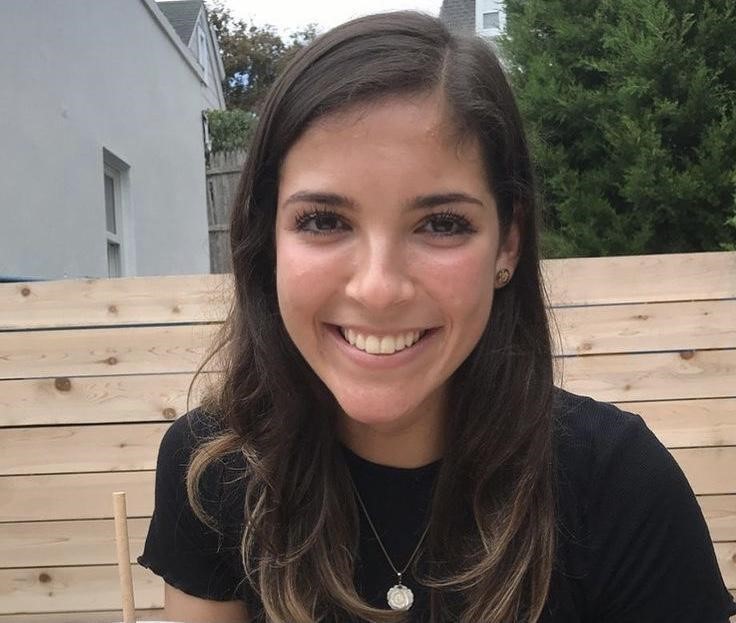 I was born in Newark, New Jersey and raised in Alexandria, Egypt and Verona, New Jersey, respectively.

In high school, I attended the United Nations Commission on the Status of Women twice as an advocate for gender justice. I helped write the “Girls’ Statement”, a document that was presented to the General Assembly and urged Member States to adopt policies that would empower rural girls and women. Preoccupied with international human rights and United Nations policy, I was attracted to Drew’s International Relations major and the United Nations Semester. I was also astonished by the campus’ beauty when visiting for the first time.

I switched my major from International Relations to Political Science after being enrolled in Dr. Jinee Lokaneeta’s “Policing and the Rule of Law”, a class that allowed me to realize the merits of studying all four Political Science branches and the nature of their interconnectedness. Dr. Lokaneeta introduced me to political theory, which kindled my imagination of alternative futures. When examining social issues, she also underscored the importance of balancing domestic and international lenses, which prevented me from overlooking American politics.

I also considered majors in French or Philosophy but ultimately decided on social science, which l have personally found to be a more applicable and exhilarating means for unraveling concepts such as equity, justice, race, and so forth.

Why did you choose Political Science and Economics as majors?

As the Arab Spring unfolded, I left Egypt at 11 years old. Grasping these events years later, I cultivated a profound admiration for those who joined the demonstrations and became involved in political advocacy and community organizing while living in the United States. Naturally, I became interested in Political Science. More recently, I decided to pursue an Economics major as well. Since Economics and Political Science are too entangled to ever separate, solely studying Political Science felt incomplete. While studying Economics, I discovered overwhelming political clarity.

During fall 2019, I was a Democracy Program intern at NYU Law School’s Brennan Center for Justice. I created news digests, compiled and organized data, and tracked bills. My favorite project was writing a research memo about the professional careers and current lives of 15 retired Oregon Associate and Chief Justices. Its purpose was to advise a Brennan attorney which retired Justices he should contact and convince to denounce ICE officers arresting undocumented immigrants in Oregon state courthouses.

During Spring 2020, I was a Justice Division Intern at the American Civil Liberties Union’s National Headquarters in New York, focusing on research projects concerning policing and criminal justice. For instance, I created a nationwide tracker for coronavirus-related arrests to monitor policing behavior.

Over the past summer, I interned remotely for Vote Smart, collecting and classifying public statements made by congressional officials for the 2020 election cycle in the Vote Smart database. I then interned remotely for Ironbound Community Corporation as part of a community scholars program. I contacted tenants in Newark facing eviction to connect them with the appropriate resources, updated information on affordable housing units, and tracked where money from the Paycheck Protection Program went in New Jersey.

With her use of feminist and critical theory, Political Science professor Dr. Jinee Lokaneeta has helped me to develop an intersectional lens when analyzing social problems. She also teaches in an interdisciplinary manner, allowing me to explore other subjects such as Sociology and Women’s and Gender Studies. Her balance of domestic and international foci has taught me that no matter how particular or local a problem is, it always has an international dimension. As my advisor, Dr. Lokaneeta has provided me with constructive guidance, aiding me in making significant decisions throughout college. I am very grateful for her support and excited to have her as part of my thesis journey.

After taking classes with Dr. Maliha Safri and Dr. Yahya Madra over the past semester, I decided to major–rather than just minor–in Economics. Having sparked my interest in Political Economy, both professors deeply inspire and challenge me. Dr. Madra’s “History of Economic Thought” has been one of my favorite and most rewarding classes at Drew, and he is one of the most intelligent people I have ever met. Dr. Safri and I have been in a book club together since July, so it is phenomenal to engage with her both inside and outside of classes on a weekly basis. She is someone who I deeply trust and whose insight on life I value.

My former DSEM professor, Dr. Jonathan Golden truly cares about his students and how they are doing outside of class. He would invite me to have coffee with him and walk around campus, checking in with me and helping me navigate Drew. Although I have not had him as a professor since DSEM, Dr. Golden regularly checks in with me and has also connected me with various opportunities, such as the Action Scholar Student Mentor position and the Interfaith Leadership Institute in Chicago. I am very happy to still be working with him.

Ever since taking Dr. Lokaneeta’s “Policing and the Rule of Law” and interning at the ACLU, I deeply care about addressing state violence in its manifold forms, particularly reimagining the role of law enforcement in our society. In the same vein, I am a part of the Abolish ICE Campaign and Coalition, which seeks to terminate ICE contracts in New Jersey and release all ICE detainees. The Coalition is in contact and organizes in solidarity with ICE detainees who are hunger striking.

The issue of state violence is two-fold, as dismantling oppressive systems warrants the empowerment of and investment in historically-marginalized communities. As a result, I recently have become interested in Solidarity Economics, which I am learning more about as an Economics Research Assistant for Dr. Safri.

I loved walking into town on weekend mornings with friends to have coffee or breakfast. Some other favorite memories entail on-campus walks with Dr. Jonathan Golden, playing squash over-competitively with my friends in the Simon Forum, and living in McLendon Hall over one summer.

I strongly recommend creating a reading log to keep track of the books you read inside and outside of classes. I wish that I had started doing this earlier, as I find myself wanting to revisit texts I have read over a year ago because current conditions render them relevant. You may read something in the moment but only recognize its weight later on.

My other piece of advice would be to forge strong connections with your professors and take advantage of the small classroom sizes at Drew. The professors are my favorite thing about my college experience, leaving an impact on me that I am certain will last for the years to come.

I hope to pursue a PhD in social science (maybe in Economics or Anthropology/Sociology). If not academia, I would consider policy-making or public interest law. Nevertheless, no matter where I am in the next five years, I am driven to continue activism. Despite my years-long struggle to balance community organizing and other commitments, I have recently begun redefining activism as a central part of my life. I am also deeply inspired by academics who bridge the gap between academia and activism.

I love running as well as writing creative non-fiction and poetry.