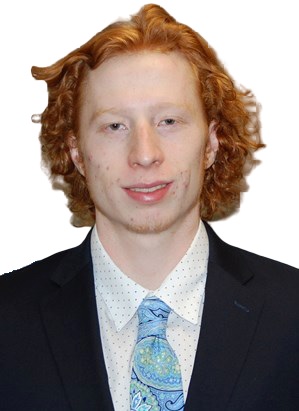 I was born in Manchester, New Hampshire and raised in Auburn, NH.  My Mom and Dad own their own veterinary business.  I have two older brothers and many pets.  We currently have 6 dogs and 7 cats.  When I was little, we had goats and cows too.

I really liked all the trees on campus.  Our house is on 10 acres of forest so I definitely wanted to go somewhere that had good nature opportunities.  Additionally, I wanted to be able to play lacrosse to some variety in college, and I was given the opportunity to play here.

Why did you choose Biology as a major and Economics and Chinese Studies as minors?

I chose biology because I really enjoy nature and animals which would be the ecology subset of biology.  Unfortunately, I don’t really enjoy the microscopic side of biology that much.  I like to work with my hands, so conceptualizing things that can’t be seen with the naked eye isn’t as interesting to me.

I had to take the language requirement, and I took Chinese in high school, and after meeting and enjoying the Chinese department teachers, I decided to take that on as a minor.   For economics, I had a general curiosity and a number of my friends wanted to be econ majors, so I decided to try out some econ classes my freshman spring.  A lot of my interests stem from curiosity and then finding that I actually like them quite a bit.

When I started Drew, I was really thinking of being a park ranger, but now I have transitioned to wanting to be a game warden, which is kind of like a police officer, but instead of protecting the civilized areas of the country they protect the wilderness area.  Game wardens do things like catching poachers or other illegal activities on public lands.

I haven’t had any internships, but I have had multiple jobs.  In high school, I delivered pizzas and worked in home improvement.  Mostly we hung seamless gutter systems.  I really enjoyed that job because it pushed me out of my comfort zone, as we would often be high up on ladders leaning on the sides of buildings to hang the gutters.  While at Drew I have worked in the interlibrary loan office.  And during the summers I worked as a landscaper.  I traveled up the ranks until I was a foreman last summer.  This means that I led a team of workers to carry out the daily labors be it installing walkways or trimming hedges.  Additionally, I learned how to drive and operate skid-steer loaders.

As far as mentors I would say my Coach, Doug Sage, and my advisor, Biology professor Dr. Tammy Windfelder.  I’ve known both of them almost my whole time at Drew and they have always supported my progress.  When I think of who I was as a freshman and who I am now I feel like I’m an entirely different person.  I feel like it wouldn’t be right to not credit them with my progression as an individual.

Have you studied abroad? Done any short or nycTRECS?

I got in to the Korean study abroad program for fall of 2020 and was all set to go.  I had my plane ticket, my visa, and everything required.  I almost finished packing, when Drew’s study aboard office informed me that I wouldn’t be allowed to go on the trip.  This was very frustrating but I am happy to say that I was able to visit South Korea this winter.

How long have you been playing lacrosse and what do you like about the sport?

I have been playing lacrosse officially since I was 11, in 6th grade.   I would say there are three main aspects of lacrosse that attract me to it: the physicality, the team aspect, and the customizable nature of the sticks we use.  Lacrosse is a contact sport so there is much more physicality than a sport like soccer or basketball.  But, just like those sports there is a great deal of strategy and teamwork involved.  There are a number of different positions that allow players to specialize in which every way they most enjoy.  And there seems to me to be a bigger difference in positions in Lacrosse than in other sports.  For example, the difference between a basketball shooting guard and small forward is much smaller than the difference between lacrosse defensive and attack positions.  Nonetheless, the team has to work together as a cohesive unit to be successful.  Again to use basketball as an example, one single very talented player can make a team rather successful, but in lacrosse there are too many different areas, so a single great player has less of an impact on the game.  The final thing I like about lacrosse, is how customizable the stick is to each player.  Because there are so many different options in the market and so many different ways to sting it, each individual’s stick is tailored to the specific way they want it to be.  No two player’s sticks will be the exact same.  Just like other sports you can choose which footwear you want, or what color gloves you like; but no other sport has any item that is as personal as a lacrosse player’s stick.  Though most aspects of the original Native American lacrosse have been changed in its long history to the sport we play in the present day: the personal, customizable, and modular aspect of the players stick remains.  To me that sets lacrosse apart from other sports, and that’s why I am still in love with the game. 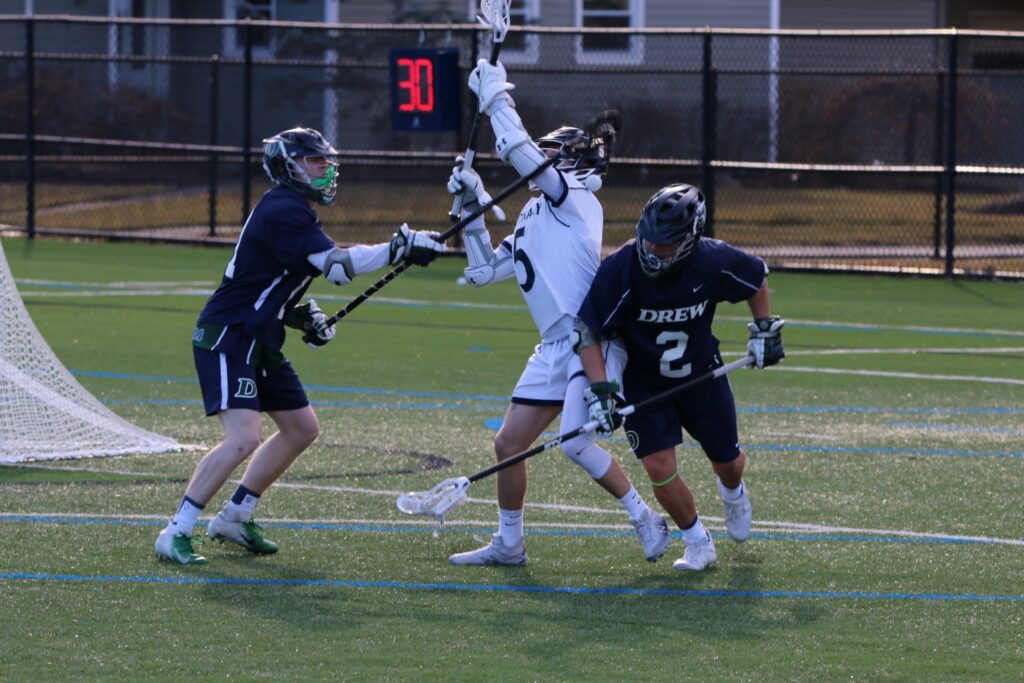 I would say the most important world issue to me is hypocrisy.  What I mean by this is the double standard so many people (Americans and otherwise) so unwittingly accept.  People claim to be well informed when they get all their news from a select handful of mainstream media outlets.  The same people claim to be “fighting the good fight” from their iPhones.   They shout “down with big business and the evil corporations” with their Nike sneakers on.   Some rioters are good while others are evil. I know this is very generalized, but yes, I think the most important issue to me is hypocrisy.  Some food for thought.

I think my favorite memory from Drew was our first game of last season.  My first two years on the lacrosse team we barely won any games at all, but last season when we won our first game it just felt like all the hard work and the disappointments had finally paid off.  To start the season off right, after we had been so bad for so long was really a moving experience.  Nothing is sweeter than a hard-fought victory.

Be yourself, but know who you are.  To juxtapose my idea of the most important issue, I am all about authenticity.  To me, real diversity can’t be seen in a picture.  I would advise people to ask themselves why they believe in what they believe in.   Do you understand the counter argument?  I try to live by the notion that if I can’t understand why someone is acting the way they do; I must be missing some information.  To extrapolate on my idea of authenticity, I would urge young students to not keep up with the Joneses.  I would tell them: Don’t be a hypocrite; don’t be a counterfeit of your better self.  It’s good to be yourself and think for yourself too.

It’s no secret that we are living in difficult times.  Part of this difficulty come from the polarization that has infected our society.  Today, everything is black and white without any gray area.  The phrase “you are either with us or against us” is commonly on the tongue.  Everything and everyone are either good or bad.  When was the last time you saw a 5/10 review on anything?  Part of this is human nature, but they say that “87% of the world’s workforce is struggling to find meaning in what they do.”  If this is human nature than something has to change.   I’m not sure where I will take my life in 5 years, but what I do know is that I want to help people be as authentic as possible.  I want to help people be passionate about something.  If I can be doing work like that in five years then I will be authentic too.