An Intern’s Survival Guide: Chapter One 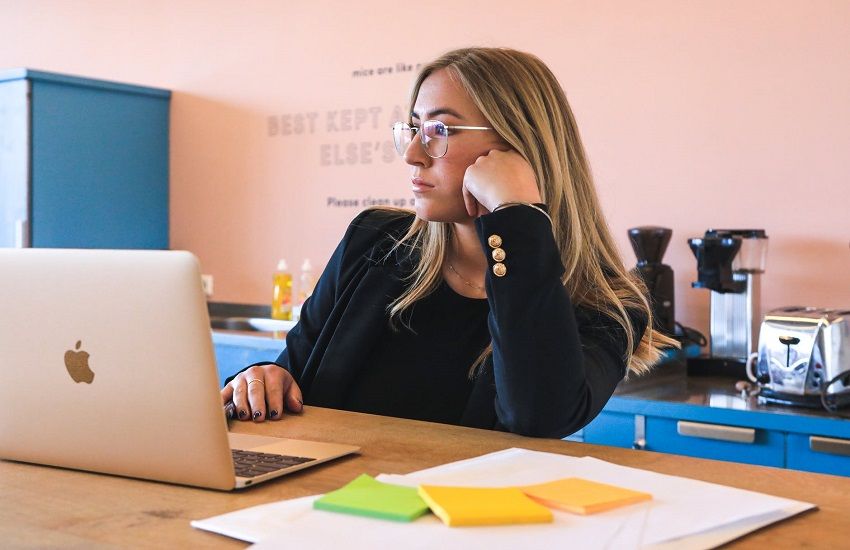 An Intern’s Survival Guide: Chapter One was originally published on Vault.

Maybe you’re a recent high school graduate plotting your takeover of the world. Maybe you’re at Uni already, and trying to strategize a spectacular debut to your industry of choice. Maybe you’re making that entry RIGHT NOW, and worried about covering all your bases! If any of the above describes you, then you’re in luck: the “Intern’s Survival Handbook” is the guide for you! In this series, we’ll dive into the mindset of ambitious young people such as yourself, and what separates a successful intern from the pack. We’ll navigate finding a great organization in the ‘20s to work at and how to foster your grown-up self for a fulfilling career. To round things off, you’ll get to meet the interns from the world’s top internship and learn about their journey to excellence. But first things first, let’s talk about… Building That Launchpad!

Step One: Figure Out Who You Are

Before you can become the next leader at a multinational like Infosys, you’re going to need to build a profile. Sure, you’re probably thinking that your branding and projected values are going to be important – but that’s actually not what this step is about! The only person you need to network with here is YOU. What is it that YOU care about? What sort of people do YOU want to work with, work for or have work for you? What are the things you hold onto dearly about who you are, and what do you see yourself letting go of? We recommend drawing up a mind-map of your identity to help out here; don’t hold back, because next…

Step Two: Figure Out Who You Want to Be

There’s a good chance that you’re going to be working for the majority of your life. Don’t worry though – you’re going to relish your work, because this task is about figuring out what you’re going to change so you can do whatever will help you thrive. Again, we’re talking about the broader picture here: are you going to focus on making a visible regional impact, or are you going to be the next global thinker? This is where you’re going to see some distinguishing characteristics emerge between Present You and Future You, and that’s okay – there’s going to be organic change through the rest of your life. All this step requires is to know what you’re never going to compromise on: with this information, you’ll be able to cross out applying to roles for companies you have no value alignment with and thus save a bit of time. To help this along, you’re next going to…

Step Three: Do Your Research

Whether you’re a city-dweller or a country bumpkin, you’re likely to be surrounded by incredible people that have “made it” in their own ways. It could be the small-business-owner, an older relative or the district’s golden child. These people may not have the same interests or goals as you. Nonetheless, if you want to avoid reinventing the wheel and making silly mistakes at the start of your career then you need to look around, listen to and learn from these local experts. Some young people already do this, but few truly understand the network that they’re beginning to build. Seek out and cherish these early contacts. But don’t stop at the heroes down the road! Make use of this century’s single most-powerful tool, the internet, and expand your network. Given how much time people spend on their phones, you’d think experts would be inundated with emails and phone calls asking for a leg-up. But save for the top 0.1% of especially-visible CEOs, this is rarely true. So, reach out because the worst that can happen is that they say no. You’re going to need whatever you can get when you…

You don’t have to walk this path alone, but only YOU can choose (or build) the path in the first place! And while you could try and wing it, coming up with a deliberate strategy for success takes a small amount of time comparative to the scale of its impact. Even if you don’t end up sticking to your schedules or project plans, you’ll have grounded your aspirations in some very real-feeling notes. So: write up which industry leaders you want to have coffee with, which outspoken people you’d like to learn from or have mentor you, and what parts of your identity you need to begin projecting or transforming to get from Point A to Point B. And “Point B” really is the initial goal; if you’re feeling spirited try and design a one/three/five-year plan! Make the one-year plan temperate and achievable… go totally wild with your five-year, because who knows? Maybe you’ll have achieved it in three!

This is the tricky part – but it’s also where all the fun begins. It’s time to enact your plan: begin reaching out to peers and potential mentors, put your hand up to get involved in clubs or societies and apply for scholarships or grants to further build your brand. When things don’t go according to plan, keep in mind that practice makes perfect! In 1981, Infosys was worth $250. In 2017, it was worth 10 billion dollars. Consider treating your own growth like you might be worth ten billion dollars in 36 years. But that means that you should…

Always be prepared to repeat these steps. You will almost certainly come to a point in your youth where you realize that your own values have shifted from under your feet – maybe you want to be more involved in social advocacy, or have a sudden pining for all things tech – and that’s okay! Readdressing your needs is good for your brand, great for your journey and critical to your wellbeing. After all, this is a Survival Guide for interns, by interns. Starting from scratch to make something awesome what we do best.

Infosys InStep is Vault’s Best Internship of 2021. This internship program also ranks No. 1 across many of our Best Internships of 2021 categories, including Best Internships for Diversity, Diversity with Respect to Women, LGBTQ+ Diversity, Racial & Ethnic Diversity, Quality of Life, Compensation & Benefits, Computer Science, and more. For a complete list of the program’s rankings, visit the Infosys Instep Vault profile.