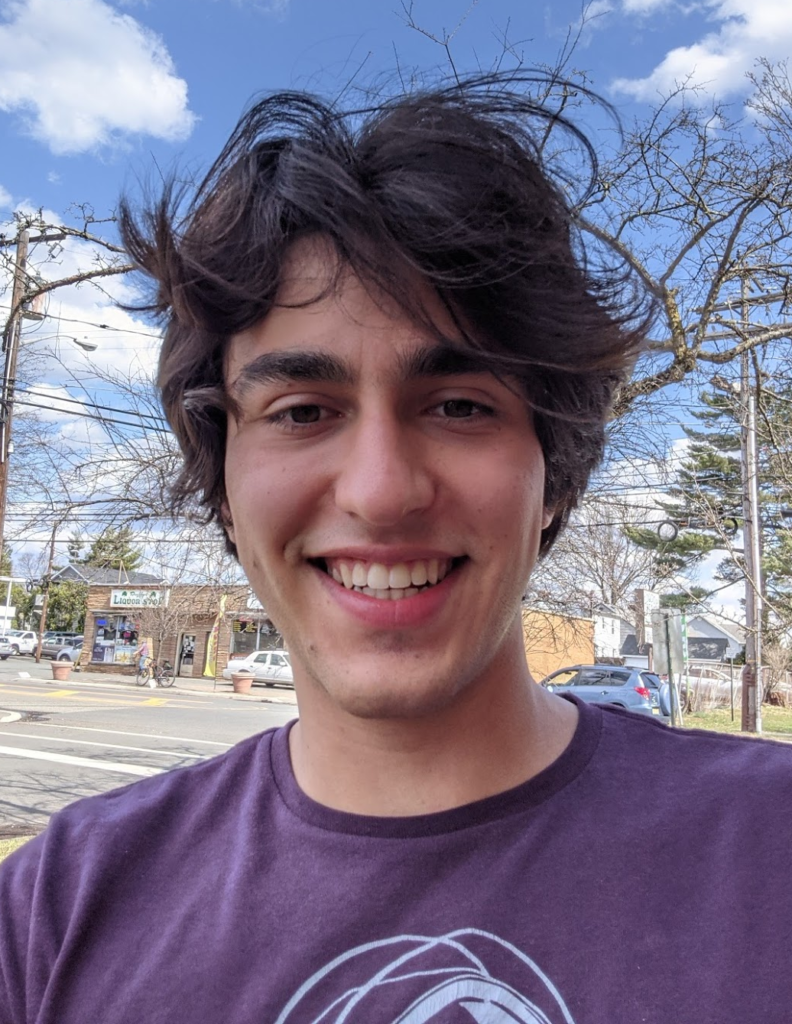 I was born and raised in Manhattan, New York in an apartment near the Highline and Whitney Museum.

I had three reasons! Firstly, I was attracted to Drew University’s Classics and Music programs. I met professors from both departments in my visits to campus and was excited to learn about Drew’s connection with an archaeological dig in Italy and the Steinway pianos and tutors on campus. Secondly, I enjoyed being in a green, wide open space with many places to study and learn. Lastly, Drew U. inducted me as a Baldwin Honors Scholar, which meant financial assistance as well as the opportunity to write a thesis about a subject I am passionate about.

Why did you choose Classics as a major?

I have collected American coins since childhood, and one teenage summer at camp my father mailed me some coin auction catalogs which he had received in the mail. I pored over these catalogs and that summer memorized all Roman emperors and their dates and deeds from 27 BCE to 400 CE. I have since moved into studying the coinage of ancient Greek city-states. This is how I first learned about Classics.

I am the kind of person who can absorb information very quickly, and I have always been spot on memorizing historical dates. As a result of my Classics courses, such as Ancient Law and Trials, I am learning that I have talents which could translate well into the field of law.

I interned at the New York Historical Society in the summer of 2017 and I assisted the curator’s work in constructing the museum’s Vietnam War exhibit.

My piano instructor, David Iskowitz, who helped me develop my musical talents and for pointing me towards the music of the American Songbook.

Through Drew University’s shortTREC program, I went to Italy in the summer of 2019. The program was called “Tasting Food and Culture in Italy” and was hosted by the Italian department. For three weeks we traveled through the Naples area in the south of Italy learning about Italian culture, history, and cuisine. My favorite places to visit were the ancient Greek settlements of Paestum and Velia, and the world-famous site Pompeii.

Being environmentally responsible. In my Sophomore year I took a Humanities class about the importance of access to water in society. It reminded me of living through hurricane Sandy in 2012, when my street was flooded and my family lost power for eight days. Humans need to be more conscious of how their behavior affects the planet.

Stay informed. Read Drew Today, the School Newspaper, The Drew Acorn, and the U.T. Chronicles. Keep abreast of club events and campus guests. Stay in touch with what’s going on in your hometown.