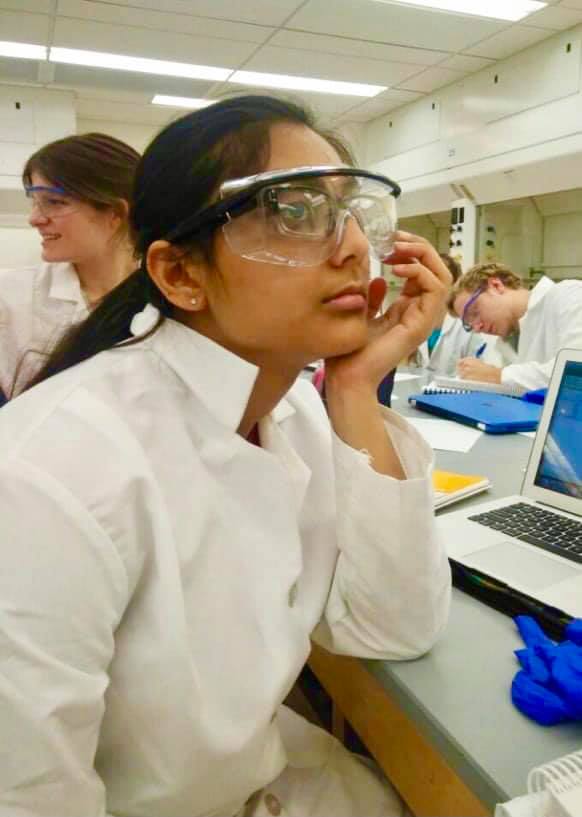 As the eldest of three siblings and a first-generation college student, I intended to attend a university which would be my second home. When I attended Admitted Students Day at Drew, I felt good vibes and the student residents and Drew staff both made my family and I feel very welcomed. This set me in the mood for the rest of the day, when I took a tour of the Hall of Sciences. I attended talks given by Dr. Roger Knowles and Dr. Christina McKittrick, who introduced me to the RISE program and the opportunity to conduct research over the summer at Drew. After the in-person tour, I was assured that coming to Drew would entail small class sizes, a great neuroscience program, and pursuing research and other leadership roles which is exactly what I was looking for!

Yes, since my early high school years, I have always been inspired by the study of neurology and pursuing neuroscience during my undergraduate. This choice was confirmed when I did embryo rat brain dissections during my first neuroscience class with Dr. Knowles and wrote a paper titled BACE Inhibitors as Therapeutics for Alzheimer’s Disease during the Honors RISE Seminar class.

Why did you choose Neuroscience as a major and Chemistry as a minor?

I was fascinated by the use of C. elegans in researching Parkinson’s in the RISE lab. When I first joined the C. elegans lab under RISE mentor Dr. Bayne, I did not expect to develop a liking for research using worms because I could not fathom how to observe their individual behaviors and collect meaningful data when there were so many growing in number on the first plate I saw. When I observed the green fluorescent protein (GFP) staining of C. elegans dopamine neurons, I stood there in amazement. I could not believe the ease with which the nervous system of this small creature could be outwardly viewed and imaged through these green spots I observed. This interested me in my choice of pursuing neuroscience as my major and further attracted me to the study of neuroscience. 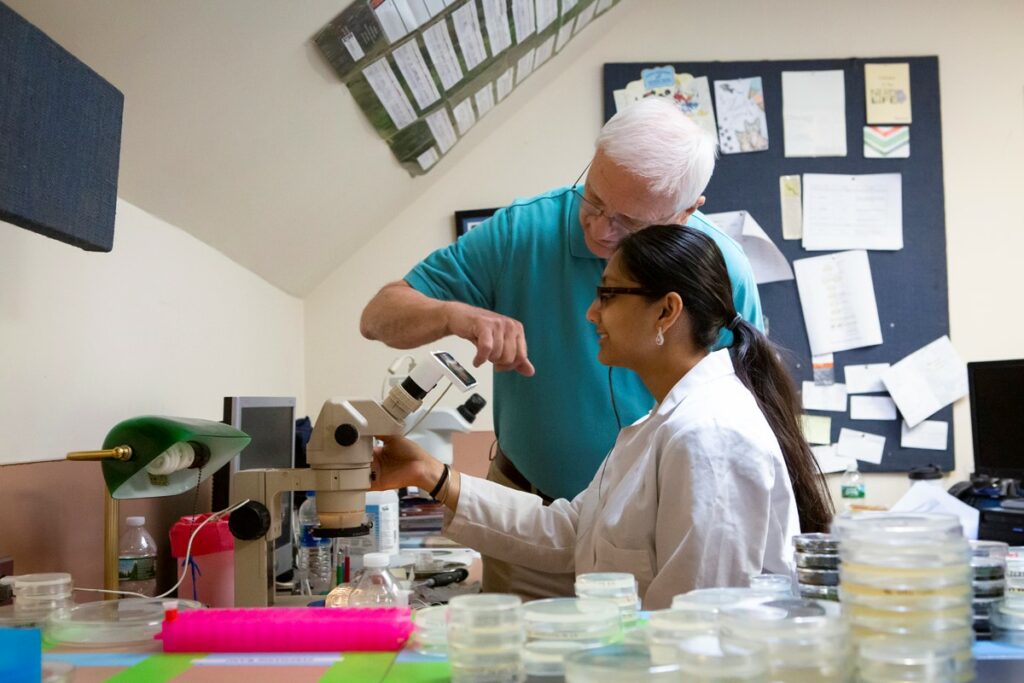 I have always desired to become a physician, and during my time at Drew I received a lot of advice from upperclassmen and mentors who fueled my aspirations to pursue medicine. I was always attracted by the fast-paced environment of working in a hospital and taking care of patients first-hand has always been very important to me so I knew I wanted to work in a clinical and healthcare setting. Getting the right experiences and mentorship of professors, upperclassmen, and alumni at Drew was very important to me because this directed me towards my dream job of practicing medicine in the future.

I participated in the Drew Summer Science Institute under RISE mentor Dr. Marvin Bayne in both 2018 and 2019. My research involved investigating Parkinson’s disease in the nematodes, C. elegans. My research with Dr. Bayne helped me learn and perform different behavioral assays and I am currently in the finishing stages of writing my senior thesis and will be defending it in the upcoming weeks.

I also completed an off-campus internship at Rutgers Robert Wood Johnson Medical School during the summer of 2019 as a medical intern in the surgical unit.

During this summer, I shadowed neurosurgeries and discussed potential treatments with surgeons, while also shadowing their preoperative and postoperative patients. I observed angiograms that were performed to locate brain aneurysms in patients diagnosed with brain aneurysms. This experience was an eye-opener for me and really helped me see into the busy life of a physician.

Though not an internship, as a Civic Scholar after my first year at Drew I participated in the Changebuilder Program, where I was able to take on the Fair for Emerging Researchers project, enabling students the opportunity to conduct and present their research.

My experience at Drew has been successful and enjoyable with the help of many. I would first like to thank my research mentor Dr. Marvin Bayne, who while guiding me in my research, always remained interested and confident in my career goals and activities outside of research. He always said you can do it when I lacked the confidence or could not believe in myself. And from the first time I met with him at orientation to serving on my thesis committee, Dr. Adam Cassano has been very helpful in my academic interests and career goals, from helping me time-manage to helping me understand that it is okay to participate in other activities outside of my classes and research. I have learned a lot from him and since freshman year he remains supportive of my co-curriculars and other projects on campus. I also would like to take the time to thank the Civic program, especially its Director, Professor Amy Koritz and Assistant Director Amy Sugerman. They helped smoothen my transition into this program by inviting me to events, making time to meet me on several occasions, and also encouraging me in my efforts to complete my senior civic project. I was always willing to go forth with my civic work because these individuals helped me with my civic FER project at every step, and this truly would not have been completed without their selfless help.

I really relate to healthcare issues in the world, especially this ongoing global pandemic that has caused us our health and economic stability. Learning about healthcare disparities including the barriers in access to healthcare during my education at Drew has helped me realize how important it is to for aspiring physicians to study medical ethics and promote action in order to reduce health inequalities.

I have a lot of memories, but one was when Nobel Prize winner, Dr. William Campbell came to the Honors Seminar RISE class I was taking during my freshman year, I was photographed while asking him a question and this will always be really special to me. Some of my favorite times include going to Peet’s, grabbing late-night snacks at the C-store and spending finals weeks in the library. I will really miss this all after graduation! 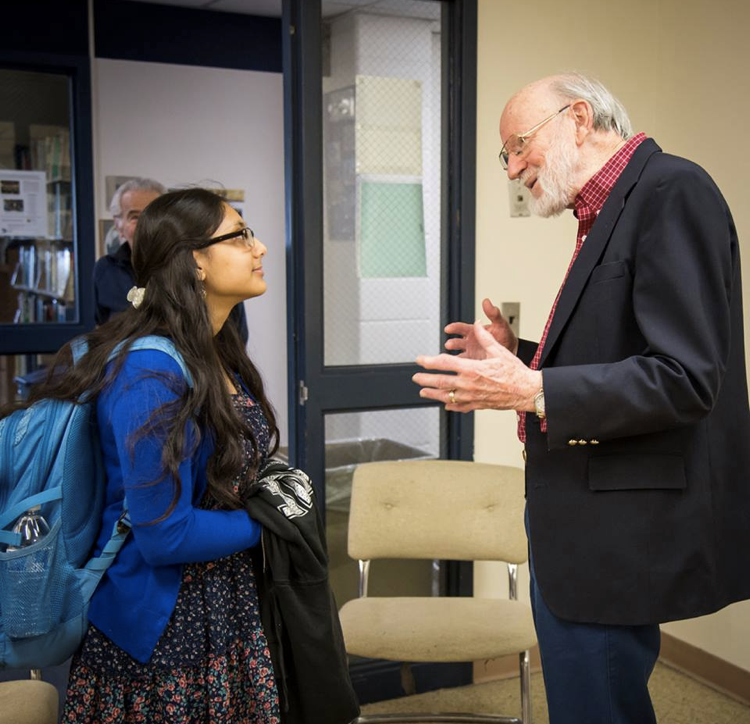 How has your identity as a first-generation student impacted your journey at Drew?

I would say that being a first-generation student really motivated me to work harder and set an example for my younger siblings and cousins. Coming from a low income and need-based family, I was always determined to make the most out of my college experience, and I am especially satisfied with the experiences and opportunities I had my four years. In my virtual period, I remained steadfast to graduating with honors and finishing strong.

To everyone that is just beginning their undergraduate career, I hope you take advantage of the opportunities that are there and also reach out. It was helpful to connect with mentors and attend career and grad panels organized by students at Drew, because I just learned so much from this. I don’t think I would’ve learned as much from anywhere else, because Drew has it all. Keep that mindset, and you’ll be amazed at how much you can learn and get involved in!

I aspire to be a physician in the future, and I hope to be in medical school in five years. I remain interested in pursuing gynecology, pediatrics, and surgery, and remain open to all specializations during medical school.

I pursed a medical externship in India during high school and this was an immersive experience, where I got to meet people from all over the world, helped translate medical conversations to my peers, and also performed a hands-on cadaver dissection.

I also have a natural talent for singing and dancing, and if I weren’t pursuing medicine, I would have considered a career in singing but this would’ve been pretty hard to conquer with my stage fright.

I grew up speaking Gujarati, which is my mother tongue and also Hindi, which is the language native to the state of India. I am pretty fluent in both and this is mostly because I speak it so much at home and take part in many cultural activities and festivals.