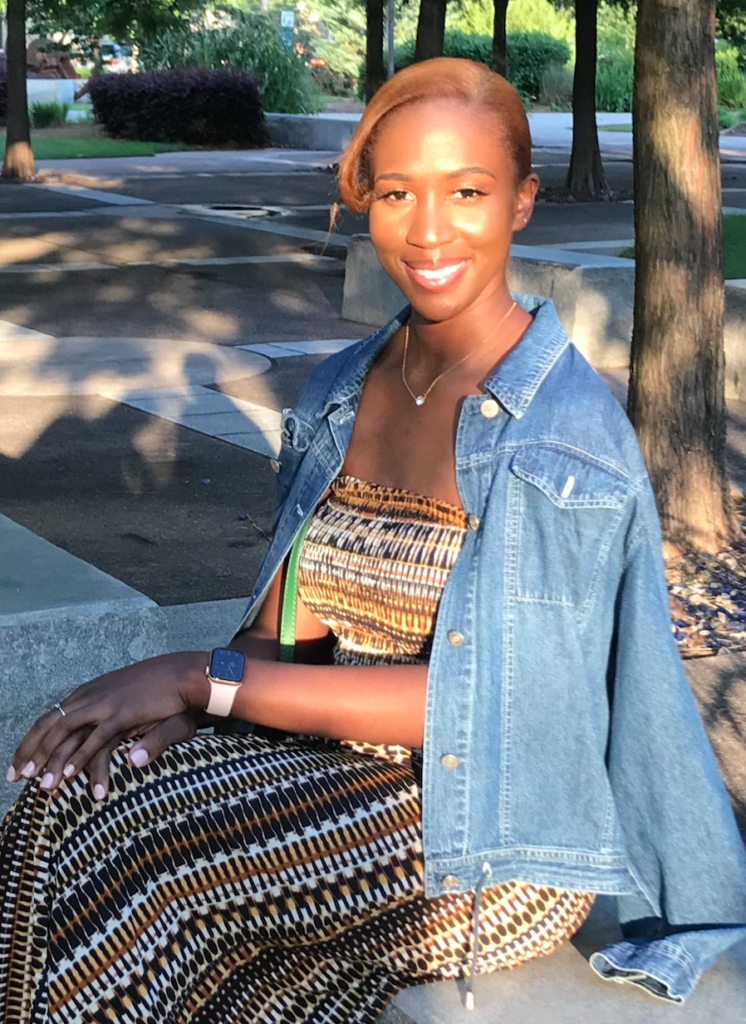 I was born in in Jamaica, raised in NJ, however, I spent my high school years in Sheffield, Massachusetts.

My high school college advisor suggested that I meet with a representative from Drew. Despite living in New Jersey for most of my life, I had never heard of Drew. I really started to consider what Drew had to offer including the International Relations major that is not offered at all universities. The Semester on the United Nations was very attractive and so were some of the on-campus leadership opportunities. I was also very excited about writing an honors thesis. While in high school, I read Michelle Obama’s undergraduate thesis from Princeton and I was inspired to produce a thesis of my own during my undergraduate career.

Why did you choose to major in International Relations and Economics?

I completed an externship with Bloomberg last semester and was blessed to land an internship in the Financial Products Analytics and Sales department. I start with Bloomberg this June. 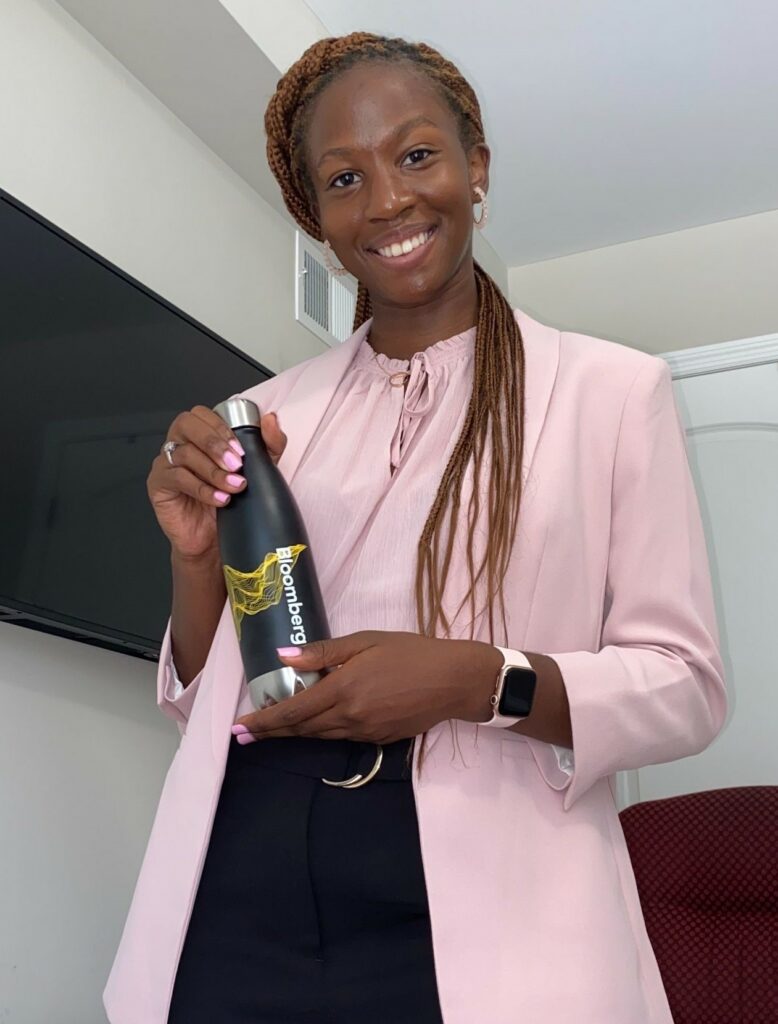 I do not have formal mentors, but there have certainly been people who have guided me. All of my professors have influenced my education somehow, and my supervisors have also been very influential. Some professors have certainly contributed to my professional development in ways that I am very grateful for. Professor Jean King in the Business Department hosted an event for Business students that I attended during my freshman year, and I was amazed by all of the things her peers were doing. I took a class, Hedge Fund Strategies, with her, and besides being knowledgeable in the subject area, she helped me refine my resume.

My advisors, Professors Patrick McGuinn and Jennifer Olmsted, have certainly been influential in guiding me. Professor Olmsted, along with Professor Carlos Yordan, serve as my thesis advisors right now, and they have been helpful in this process, which is coming along slowly. They have also helped me learn more about myself as a student and a soon-to-be young professional.

I participated in the Semester on the United Nations during the Fall 2021 semester, led by Professor Carlos Yordan. Though the program was virtual, I was grateful for the experience. Besides diving deeper into the history of the United Nations, we completed assignments to better understand how the UN functions and the roles of various state and non-state actors. Participating in a virtual format was unique. Though we did not get to go into the city to take classes at the United Nations classroom, we were able to speak to several people associated with the UN and other international agencies such as the IAEA. We even got the chance to talk with some alumni who now work for USAID, Janes, and a few UN subsidiary bodies such as UNICEF and UN Peacekeeping.

I think it is difficult to pinpoint one issue, especially when my college education has allowed me to explore several. Environmental concerns are certainly one of them. In recent years, Jamaica has cut down on plastic, no longer offering plastic straws and bags at many fast food restaurants. Plastic use and CO2 emissions are definitely concerning to me. I would also say that human security is another big concern of mine. To me, poverty and forced displacement are at the forefront of human security concerns. Poverty is not only striking small and developing nations, but many people in the United States, even people around me, are experiencing poverty.

I wish someone would have told me to JUST DO IT. I wanted to join the Student Government my freshman year, but I was so scared, and now that I am a Cabinet member, I realize that I should not have been so intimidated. I took an introductory financial accounting class in my first semester that led to a business minor. I signed up for an externship with Bloomberg that led to me realizing that I align with the company and not I am interning with Bloomberg this summer. I could go on, but I think many of my fears blocked me from trying new things and meeting new people. I would encourage anyone to push themselves out of their comfort zone.

Right now, I am thinking about corporate law. I am not sure if law school is immediately up next, but I will be studying for the LSAT exam this summer (in addition to my internship and working on my thesis). In 5 years, I hope to be either applying to law school, working through law school, or working as an attorney in Big Law.

I am a mom! I have a four-year-old daughter. 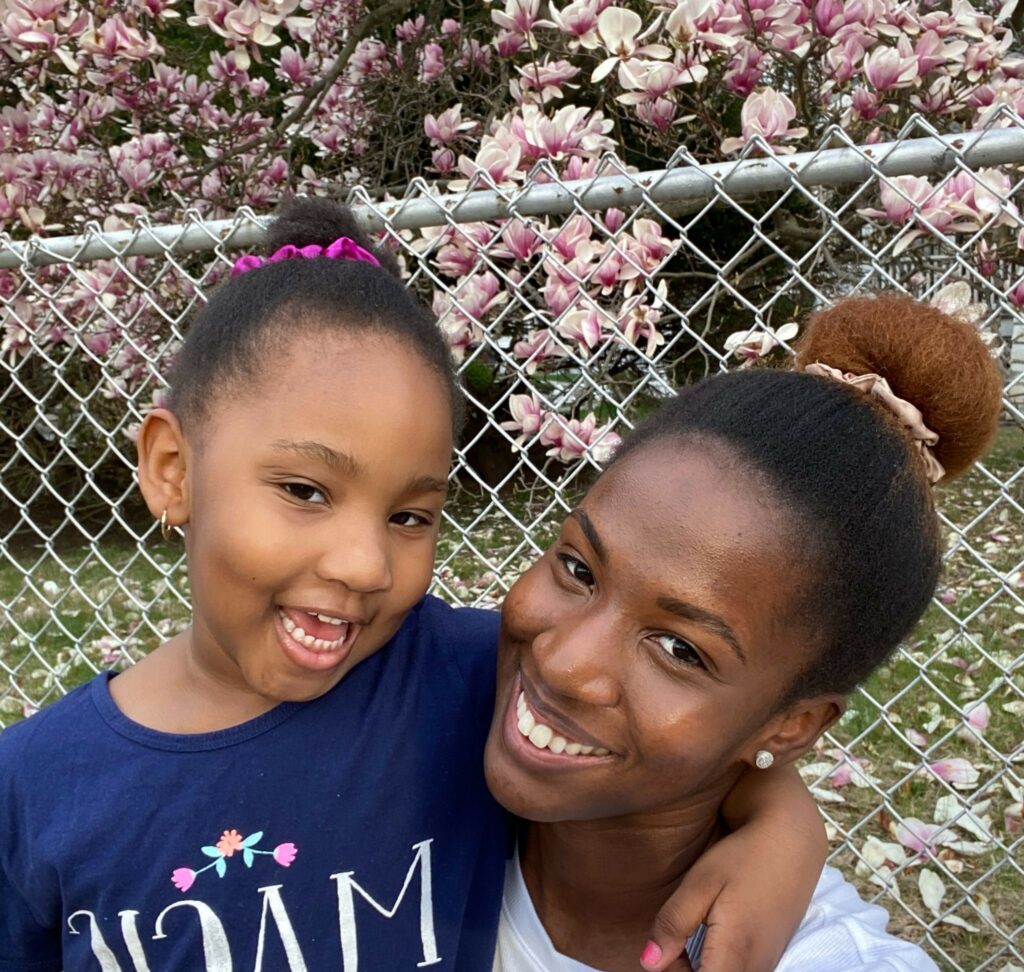