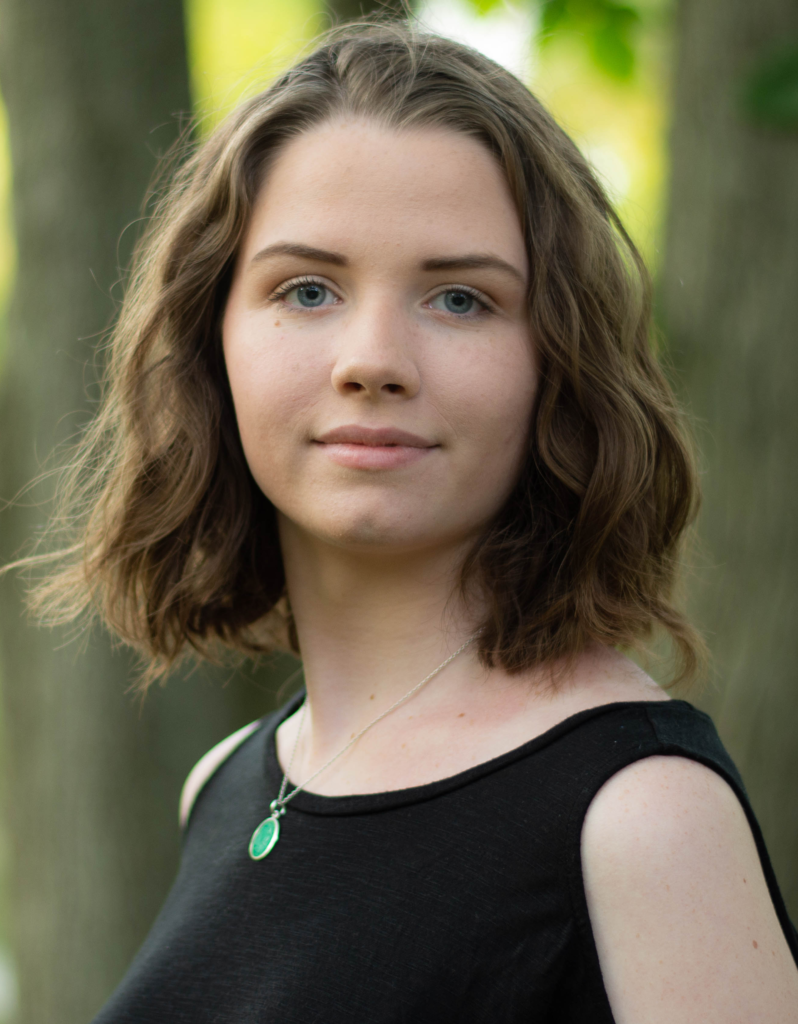 I knew about Drew because as a high school student I was a part of the Shakespeare Theatre program. When it came time to make up my mind about college, I knew wanted to have more time in the Shakespeare theatre. Also, I loved the idea of having small class sizes. I knew I’d be commuting, so having a nice tight knit community sounded ideal in making friends!

Why did you choose Theatre Arts as a major and Film Studies as a minor?

I always loved the idea of being a part of the entertainment industry in one way or another. I was more interested in film, but decided theatre would be great too, just anything to get me involved in that industry. My shift to playwriting happened due to my first playwriting class– I was surrounded by great people, and a great professor who supported my work. The whole environment of the class was enough for me to know I was in love with writing.

I wanted to be an actress but I was never one of those people who wanted to be famous, in fact, I specifically wanted to be an actress in movies that were so terrible they were funny. It’s a bit of a strange goal. My dream job has changed and now I would absolutely love to be a screenwriter, and later in life, I want to become a professor. There is nothing I love more than being in a classroom, and engaging in discussions. The classroom setting is what I will miss most about Drew.

Playwriting Professor Rosemary McLaughlin has been a huge influence on me, and is the main reason why I want to pursue playwriting. She has been supportive of me as a writer since I first took her class in my sophomore year, and with her class I was surprised to find myself being a good comedy writer. She has also helped me branch out into different genres of writing, and I got to work closely with her this last semester on my capstone for a more dramatic piece. She has helped me find my voice in writing, as well as fuel my passion for it. She is an incredible, fun professor, and anyone considering her class should 100% take it, because it will be great!

Yes! I was lucky enough to study abroad in the London Semester. This was hands down the best experience for me. I was always talkative prior to this experience, but this semester allowed me to have a solid friend group as a commuter. It was incredible to get out of my comfort zone of New Jersey, and to take such a “longTREC”. It definitely felt like a risk, but one I am so grateful for. I was able to see shows every single week, which is incredible because I don’t typically see much theatre. I also got to do a tour of the BBC where I got to do a fake news segment– it was so much fun! I also got to travel to other countries I never thought I would see. My favorite hands down was Scotland, where I got to hike Arthur’s Seat. It was the most beautiful view I have ever seen in my life.

I am greatly invested in our environment. When I was in high school, I was torn between two different fields of study: theatre or marine biology. The main reason for this was due to sharks. I hated the way people would act in response to shark attacks, and if I had pursued that route I wanted to try and create an invention that would utilize tags and buoys as a way to track if a shark is near, and then alert shorelines if there was any danger. My love for aquatic animals specifically has never faded, and I am invested in keeping them safe and off of the endangered species list.

While the majority of my favorite memories are in London with the people I am now very lucky to call my best friends, there is an on-campus memory that will never be beat. In my sophomore year, my two best friends and I worked around the clock to make an entire web series called Skeptic. We wrote the script, starred in it, and reached out to several Drew students to join us in acting for it. It was an exhausting process, but very fulfilling, and the weeks of filming Skeptic were hands down the most fun and memorable weeks of my life. We were about to shoot a season 2 when COVID hit. Hopefully, soon enough, we’ll be able to reunite the cast and film some more episodes, and make more memories!

How has your identity as a commuter affected your journey at Drew?

Being a commuter has affected my identity in quite a strange way. Prior to Drew, I did not speak at my high school. I was a quiet student, and I had a few friends. When I started at Drew, I knew I had to go big, because I was already at a disadvantage in making friends by not living on campus. So, because of this, I am now no longer shy, in fact, I don’t know when to stop talking. It has been the best change I have ever made, and without the commuter element really pushing me to do a lot, I don’t think I would be the outgoing person I am today.

Trust the process! If you feel tied down to a major you don’t like, go ahead and try your hand at different things. But the most important thing I would push for, is that you are capable of making your own opportunities when it seems like none are present. Talk to people with similar interests and ideas as you, and who knows, maybe you’ll film an entire web series as a result!

In 5 years from now, I hope to have a career in film as a screenwriter. I want to wait a bit, to get experience before I attend Grad School, but I know that I will pursue my Master’s degree at some point in my life. I am sad to be leaving Drew this week, but, it’s just the beginning, and I cannot wait to see what life has in store for me!

Are there any fun facts you want to share?

To this day, this is the strangest thing that has happened to me, but I was featured in an article on a comedy site due to a series of voiceover narrations I did on TikTok. It was surprising, but hey! I’ll take it! Other fun facts about me are that I longboard, play bass (or attempt to), and I have two dogs named Dash and Bolt!