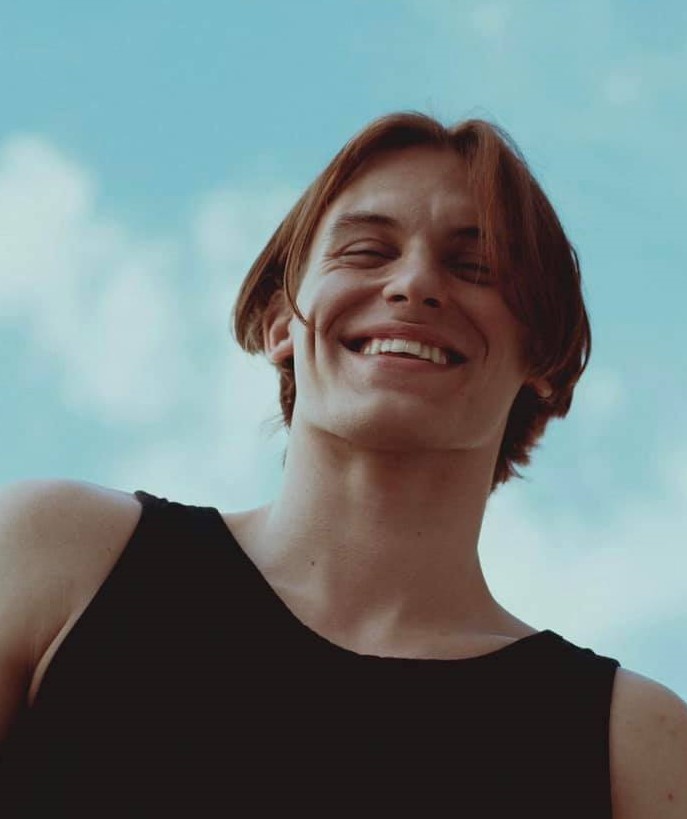 I was born and raised in Belarus where I lived for 16 years. I moved to the States shortly after turning 17 in order to pursue a career in film.

I was looking for a school that had a good acting program. The Theatre Department at Drew is great and I make good use of its many facilities on a daily basis. The proximity to NYC was also a key factor in deciding. NYC, being the capital of fashion and arts, is a great place to make connections.

I didn’t declare my major until sophomore spring but I knew that I wanted to focus on acting. I’ve never done theater before coming here. I started as a filmmaker and always had friends in that area. Film acting is also very different from stage acting. I remember how at first everyone told me that I was too quiet and that I wasn’t ‘projecting’ enough. I’m lucky to now be involved in both film and theater and I will be in a stage production of “Kiss on the Asphalt” this semester.

Why did you choose Media & Communications as a major, along with Theatre? 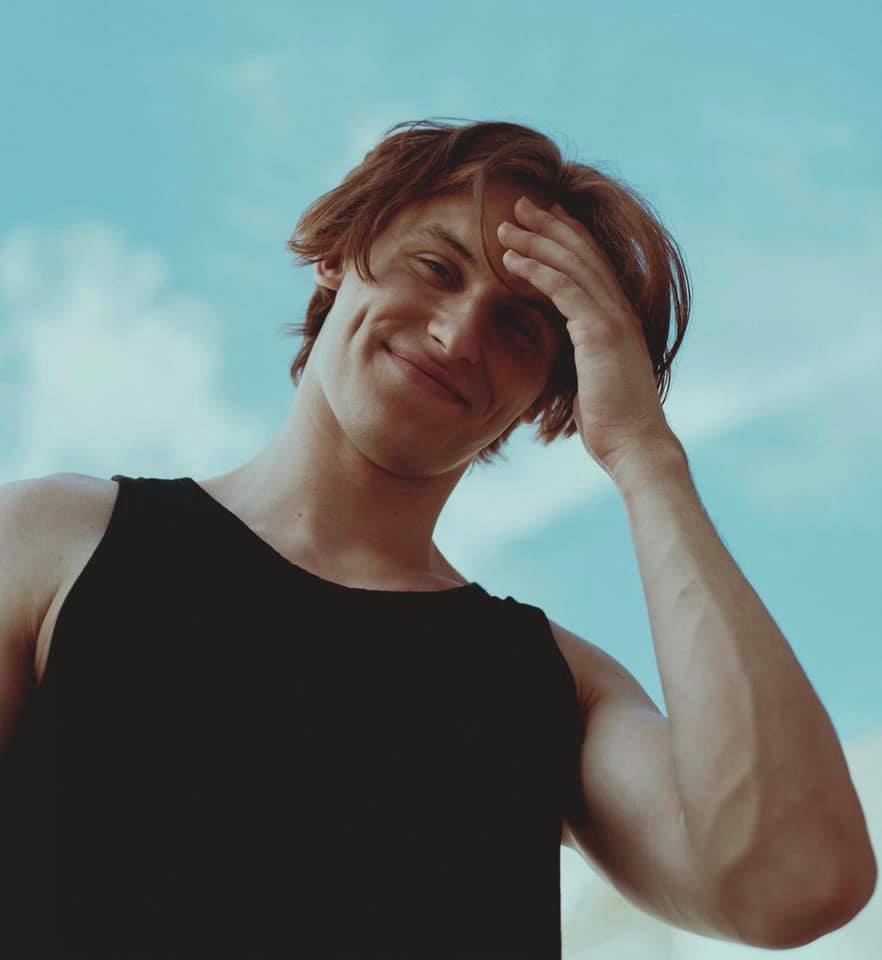 I had plans to move out to Los Angeles after my sophomore year. I was accepted to the Lee Strasberg Theater and Film Institute. I did a film this summer in Phoenix and I met some people who work in Hollywood. Their advice was to stay in school and get a degree. After I decided to stay I thought of double majoring in Media Communications. The reality of being successful in show business is that you have to multitask. The more I can do (filmmaking, modeling, media studies, writing, directing, acting) the better chances I have of staying afloat in this highly competitive industry.

What co-curricular activities are you involved in?

I am actually writing my own film right now. I have a couple of friends who assist me and I would love to start a film club on campus. I know there are people here that truly want to create something but never have a chance because it’s so hard to find similar-minded people (unless you’re in LA or NYC). I want to change that. I want to give those people a chance of being involved in this project. It could be anything: writing, producing, production assistance, acting, location scouting, editing, or sound design. Even if you’re in theatre and you’ve never done film, come and try. I hope once we make the club official we can spread the word and those who are interested will take that opportunity. In the meantime reach out to me on Instagram.

Theatre professor Chris Ceraso has been by my side since day one. I talk to him about everything. He was there when I auditioned for Julliard and Lee Strasberg and when I needed help preparing for roles. I appreciate his honesty and straight-forwardness. Theatre professor Barbara McAdams has also been a great source of support for me. It was she who convinced me to go to LA. We stay in touch.

Some of my favorites are trips to see Broadway musicals and alumni & student networking events. We also participated in a 48-hour film festival in November of 2019. I met some great people there and we ended up making a student film.

How has your identity as an international student affected your journey?

Being a foreigner has taught me to be stronger and more resilient. I’m definitely not a quitter. 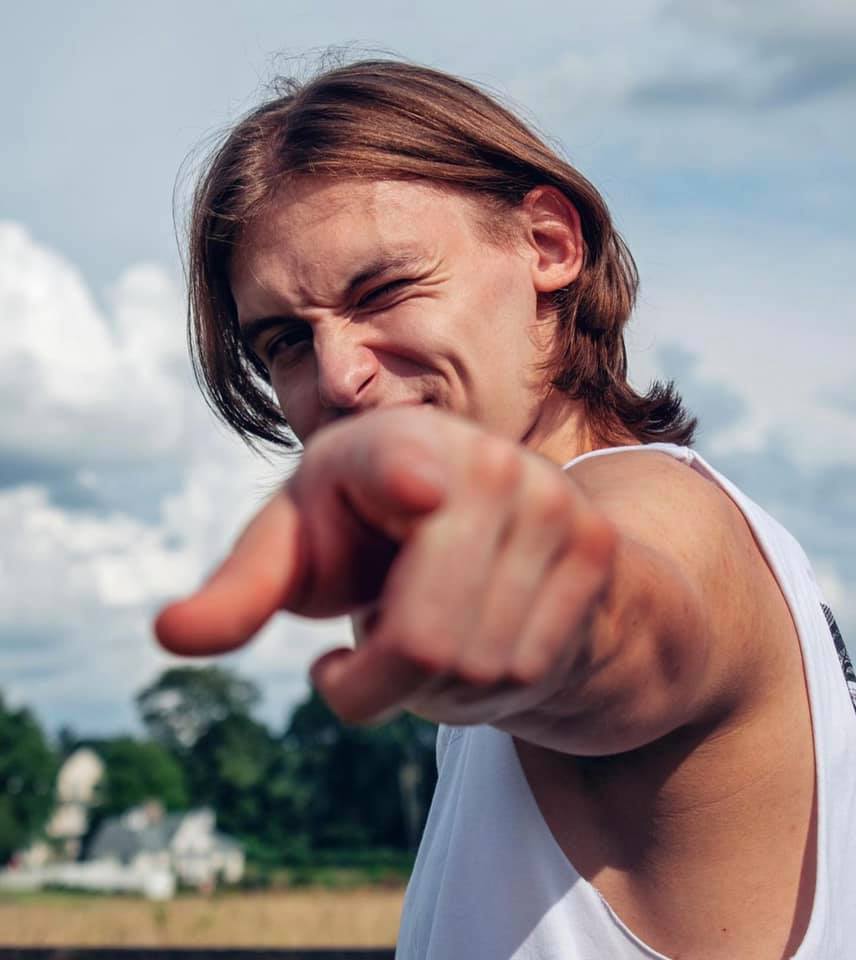 I want to work on a regular basis as a film actor and start my own production company. I have lots of film ideas that I want to come to light. I would like to produce as well. I’ve always loved organizing events, working with a budget and people, and being in charge of projects. I’m also interested in supporting other artists. One day I hope to build an organization to help young passionate creators achieve their dreams.

You have experience filmmaking, modeling, acting, editing, writing, producing and dancing? Is there one you enjoy the most? If so, why?

I knew since I was a child I wanted to be on stage, in front of people, in the arts. Whether it was acting, directing, or singing I always had an artistic vision. I’ve started from scratch, in the truest sense of the word. My parents are as close to the arts as Kim Kardashian is to quantitative physics. One day I woke up and said I want to make a film. I had no acting or directing experience, no access to cameras, and no one but two of my close friends. I worked a 7-hour shift in an industrial factory in order to produce my film. I put my brother’s girlfriend as the lead actress and shot the film in 3 days. I also acted and worked as a cinematographer. I then went on to edit and distribute the film. Following the release of the film I started my own production company at the age of 13 where I wrote, produced, and directed a few short films.

I’ve been to film schools and festivals, and that always fascinated me more than writing math equations. I remember sneaking out of my parent’s apartment at 4 in the morning to go filming downtown. I would then be late for school and people would give me those weird looks. The truth of being an artist is that no one believes in you until they buy a ticket to watch your film. It’s a shame our society tries to put people in boxes. I did every job in film in the upcoming years starting from a PA to a director. That taught me a lot. I can now say with confidence I know what to do with my upcoming film.

How is the experience of pursuing an acting career in NYC? What are the biggest challenges?

I’ve connected with many filmmakers and actors in NYC. It’s a great place to meet other passionate people. NYU, NYFA, Lee Strasberg, Juilliard, The New School – just to name a few places where I guarantee there’s a young director who’s desperately looking for an actor. NYC is home to many modeling and casting agencies where you can sign up for free. It’s also where I met my agent. The difficult part is that you’ll have to ‘knock on 10 doors’ in order to have at least one of them listen. Persistence and patience are crucial. I’m still working my way out there. There’s many student films on Backstage and nonunion theatre out there. The old saying is “if you want to become an actor you need to live in LA.” Well, let me tell you that it’s not true. LA is not a place for beginners, even if you have doneshort films and a couple indies. It’s so difficult to film out there due to strict regulations, that’s why most ‘actors’ there either wait tables or model. You need to know people who are gonna stand up for you in order to make it in Hollywood. That’s why NYC is a great place to start, get an agent, build your reel and credits, and master the craft. I was lucky enough to have someone explain that to me weeks before I was planning to drop out of school and move to Hollywood.

Can you tell us about your first feature film? How was that experience, especially filming in Arizona? Where and when can we see that film?

I shot my first feature this summer ‘Hold me Softly.’ It was a two-week shoot in overwhelmingly-hot Arizona. I played the lead, Calvin. It’s 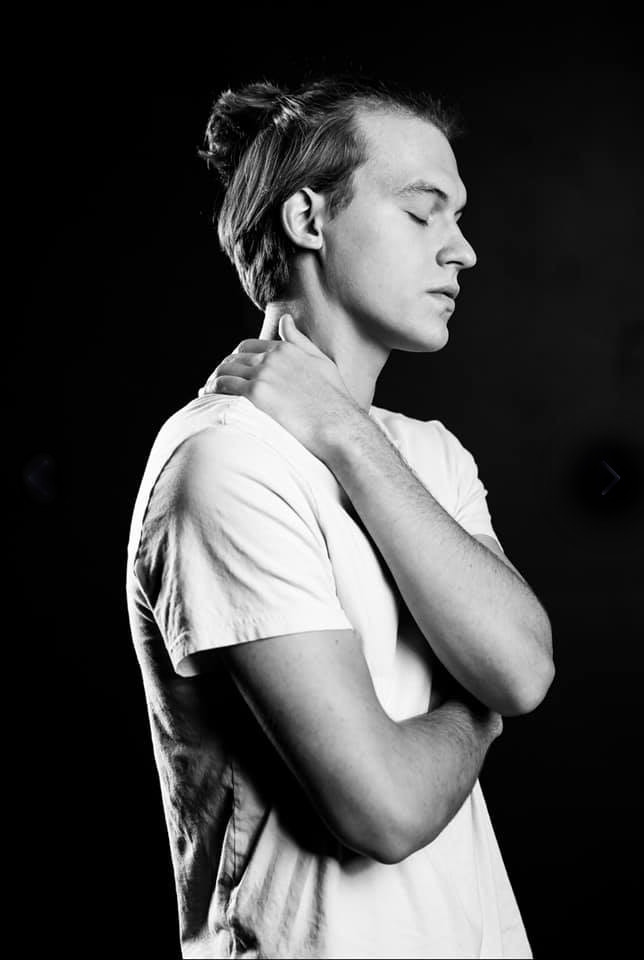 a great romance story and I think many people will connect to it. It’s written by a female director and I can’t even begin to explain how stylish this film is. All the costumes, make-up, locations, and shots are visually compelling. The film is currently in post production and will go to festivals across the Americas and Europe next year. It will be available to the public on some sort of streaming platform soon after the festival marathon (https://www.instagram.com/holdmesoftlyfilm/) I love being on the set. I feel alive when I’m there, everything makes sense, and I see my talent and work ethic being respected by others. Then you go back to your normal life and people don’t really care that much. It can be overwhelming. My agent had to talk me through it.

What are some of the things you learned in your 3 week program at the NY Film Academy?

I studied abroad at New York Film Academy before coming to Drew. It was a life changing experience for a 16-year-old. I’ve learned a lot about film and acting, and met people who you’ll see on the covers of magazines. I also fell in love there for the first time. Passions open many doors.

Has networking played a role in your career opportunities?

Talent and ambition are great but without networking you won’t make it ‘big.’ You need to know people and have connections. Every set I’ve ever been on usually starts with behind the scenes conversations about Hollywood and exchanging contacts. Make sure you have something to show (i.e. Website, Instagram, TikTok). And yes, TikTok and Instagram have gotten me jobs too. Keep your social media about yourself, your craft and achievements. Don’t post anything political or controversial. Nobody wants to hear what you have to say about that.

What advice would you give students who are interested in an acting career (specifically film)? Is there any specific training you would recommend?

There are going to be many people who will try to take advantage of you, whether professionally or personally. Know your worth, learn how to say ‘no’, but also take as many opportunities as you can (even if it’s unpaid). Go out, try things, maybe sacrifice partying and 8-hour sleep. Believe in yourself and sometimes don’t believe what others say. This will sound super cliche but never give up. Don’t let anyone else ruin your dream. Learn to let things go, even if it means a whole world to you now. In 6 months you won’t remember them. Never make decisions based on your emotions, learn how to be constructive and know what works for you. Develop a work ethic (people will highly respect that). Take risks, be bold, remember why you started in the first place. There’s gonna be 99 people who will say ‘no’ but one will say ‘yes.’ Surround yourself with those who say ‘yes.’ The moments that matter the most are the ones where everything is falling apart. The world is testing you. You will learn much more from your failures than your successes.

I’ve never been to a concert. So, for my first one I decided to go see Harry Styles. One more week to go…

My native languages are Russian and Belarusian. I started speaking English when I was six, although most people won’t notice. To be honest I speak English much better than my native language. It’s been a long time since I have been home and I was pretty much a kid when I came here.